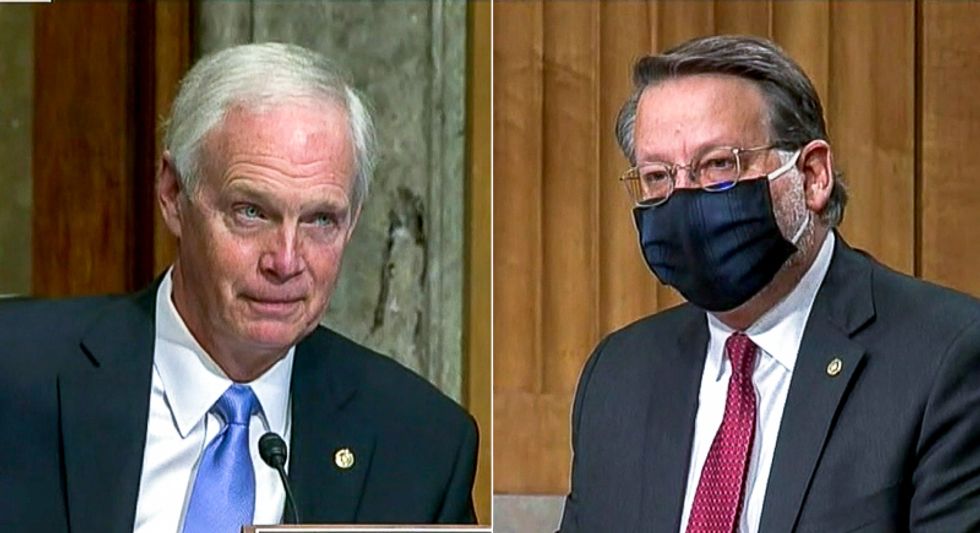 "The president and many of his supporters are unfortunately continuing to undermine the will of the people, disenfranchise voters and sow the seeds of distrust and discontent to further their partisan desire for power," Peters said in his opening statement. "Whether intended or not, this hearing gives a platform to conspiracy theories and lies and it's a destructive exercise that has no place in the United States Senate."

Peters noted that elected Republicans "have been slow to acknowledge that Joe Biden will be the next president of the United States."

"I appreciate that even the chairman's rhetoric around this election has evolved over the last 24 hours," the Michigan Democrat observed. "But let me be clear. Deciding to move forward with this hearing is still dangerous."

"By not speaking out earlier even though they knew it was wrong, that there was no evidence to support these claims and that this inflammatory rhetoric is harmful to our democracy, many elected officials gave the president and his supporters license to spread damaging lies about the election," Peters charged. "We have known for weeks that there was no widespread voter fraud, a fact that President Trump's own Department of Justice has confirmed."