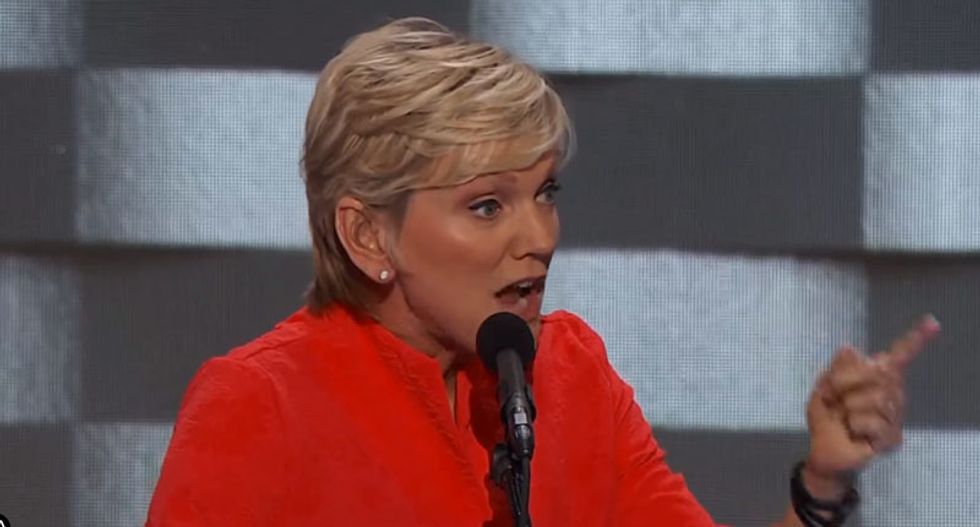 Since stepping down as Michigan's Governor, Jennifer Granholm, President-elect Joe Biden's nominee as Energy Secretary, has spoken often about the need to boldly rethink energy policy in light of climate change.

Granholm, who was officially nominated Thursday night by Biden, has sketched out a national "race to the top" whereby states could compete for clean energy funds, with the Sunbelt offering up solar energy, Texas leading on upgrading the electric grid and Michigan on revamping autos, a sector she knows intimately.

An outspoken champion of Biden's during the presidential campaign as a CNN commentator, Granholm recently argued that the "private sector needs greater support and political will from our policymakers to help us fully realize the potential of a zero-carbon future," according to a November newspaper column.

If confirmed by the Senate, Granholm will have a chance to try to put some of these ideas into action, although energy experts caution against expecting overnight change in the system.

Her appointment has been applauded by environmentalists, who have pressed for a muscular approach to green energy after climate skeptic Donald Trump withdrew the US from the Paris climate agreement and gutted key environmental measures of his predecessor Barack Obama.

Noting Granholm's opposition to major petroleum projects such as the Keystone pipeline, Greenpeace senior climate campaigner Lisa Ramsden praised Granholm's selection over fossil fuel-friendly appointees, while adding that Granholm has "her work cut out for her to prove she can lead the transition to a more just, democratic, clean energy system."

Frank Maisano, an energy communications expert at lawfirm Bracewell in Washington, predicted Granholm would win Senate confirmation without significant trouble, but warned that she and other Biden environmental picks will struggle if they expect overnight change.

"A lot of these issues are going to run into reality, not just political reality, but technical reality," he said in an interview.

Born in Canada, Granholm served as governor of Michigan from 2003 through 2011 after a four-year term as the state's attorney general.

Granholm's tenure overlapped with the 2008 financial crisis and the ensuing US auto industry bailout on which she worked closely with Biden and Obama.

As governor Granholm also signed laws requiring greater use of renewable energy, as well as a directive on environmental justice, another benchmark issue among progressives in the vetting of Biden's Cabinet picks.

Within the Biden administration, Granholm would play a key role in the build-out of infrastructure to enable electric vehicles, including 500,000 electric vehicle charging stations that Biden promised during the campaign.

But even if the infrastructure is built, consumers will still need to embrace the technology, Maisano said.

"You can create the environment to make this possible, but a lot of it is going to require consumer choices," he said. "It's just not that easy to replace incumbent fuels because of their utility and ease of use."

A lively and charismatic public speaker, Granholm currently teaches public policy at the University of California, Berkeley, near Silicon Valley.

In a 2017 presentation at Berkeley, she highlighted the potential for autonomous driving to disrupt transportation, pointing to projections for much lower gasoline demand.

"The oil industry has got to shift in some way their strategy to renewable and energy independence," she said. "They can resist, they can be sort of Luddites, but this is going to hit them."

Granholm has likened her vision for a clean energy competition to an Obama education program that provided more than $4 billion to states that outlined the best plan for reforming their schools.

"Every region has something to offer, and if you created a competition, it respects the states and it respects federalism," Granholm said in a February 2013 Ted Talk presentation.

Conservative states that eschewed Obama's education initiative might even throw their hat into the ring, said Granholm in a presentation that has been watched on Ted's website nearly 800,000 times.

"Why? Because Republican and Democratic governors love to cut ribbons," she said. "We want to bring jobs. I'm just saying."