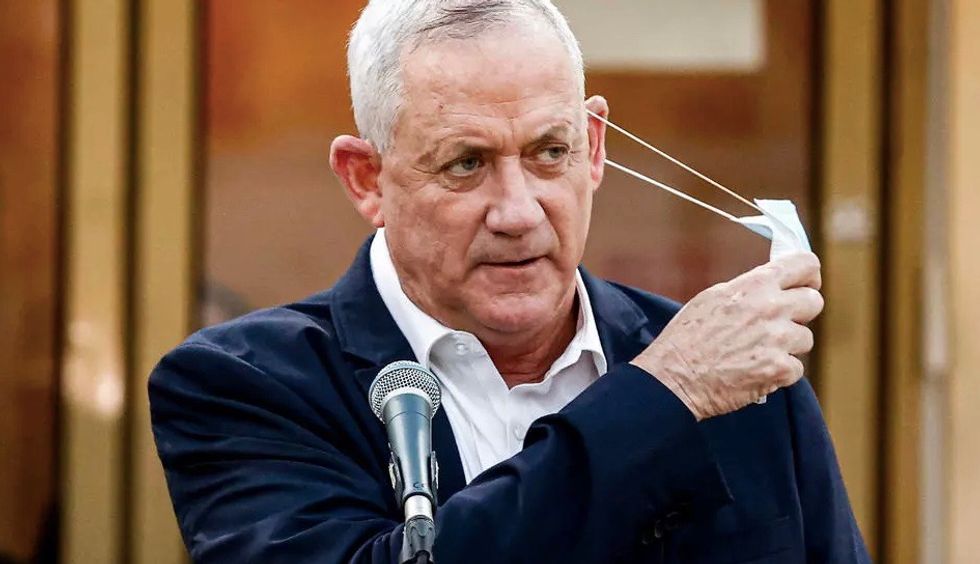 Israel's precarious coalition government was set to move closer towards collapse on Wednesday with lawmakers expected to approve a preliminary measure to dissolve parliament, raising prospects of elections next year.

In a primetime televised address on Tuesday, Alternate Prime Minister Benny Gantz, the key coalition partner of Prime Minister Benjamin Netanyahu, said his centrist Blue and White party would back a bill to dissolve the Knesset, Israel's parliament.

But Wednesday's parliamentary vote on an opposition proposal marks only a first step.

A bill to dissolve the Knesset will require three additional successful readings before new elections must be called.

But Gantz's decision to side with the opposition, at least for now, highlights the widening cracks in Israel's centre-right coalition, imperilled from the start by mistrust, infighting and public recriminations.

"I had no illusions about Netanyahu," Gantz said in his Tuesday speech.

He reminded Israelis that he battled the prime minister in three consecutive inconclusive elections that did not allow either leader to form a majority government.

Gantz said he decided to agree a unity government with Netanyahu, who he knew to be a "serial promise-breaker", because he wanted to spare Israelis "an ugly and costly" fourth election, especially as the coronavirus pandemic was accelerating.

Netanyahu, who heads the right-wing Likud party, was to serve as prime minister for the first half of the three-year arrangement.

Gantz had been due to take over as premier in November 2021 but Netanyahu's critics have always insisted he would find a way to sink the coalition before vacating the prime minister's office for Gantz.

The unity deal included multiple triggers that would automatically force new elections, including a failure to pass a budget.

Gantz accused Netanyahu of consistently misleading the public over the budget issue to serve his own political ends.

"Netanyahu committed to pass a budget in August, and naturally did not stand by his word. He promised that it would happen in December and is not following through. Does anyone believe him anymore?" Gantz said.

Gantz directly called on Netanyahu to "put a state budget forward", making clear that if he did so, new elections could be avoided.

Netanyahu released a video shortly before Gantz spoke on Tuesday, urging him to keep the coalition together.

Gantz also courts huge political risks by taking Israel back to the polls.

His Blue and White coalition fractured when he decided to strike a deal with Netanyahu and Gantz's personal popularity has fallen according to a series of recent polls.

His former ally turned critic, Yair Lapid of the Yesh Atid party, is now the Knesset opposition leader and would be seen by many voters as a more effective anti-Netanyahu force than Gantz in a new election.

Blue and White was "never going to revert to being a governmental alternative," Segal said.

"The party can only expect a nightmarishly difficult election campaign."