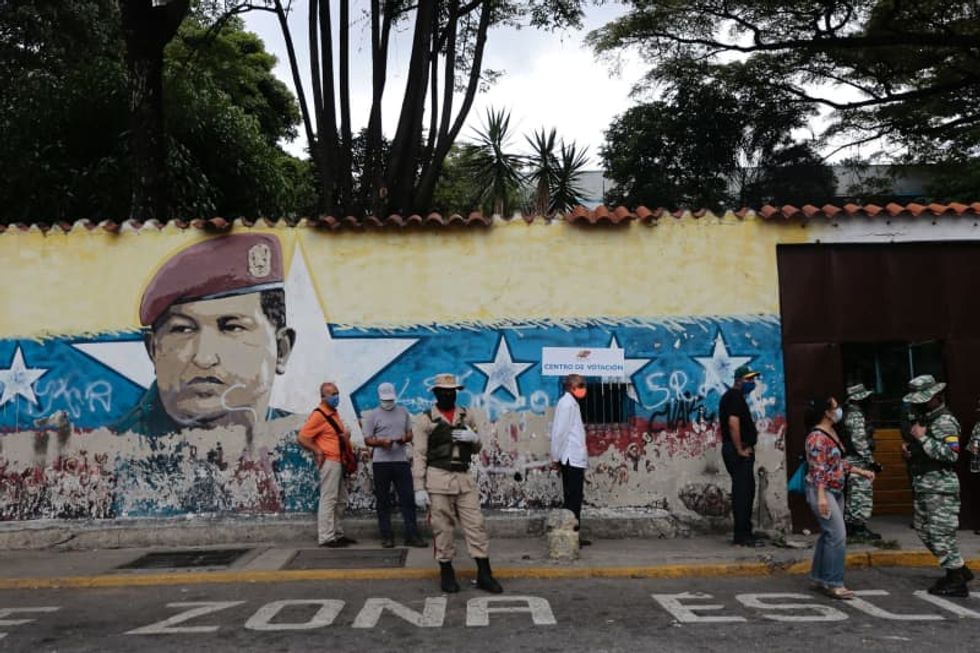 Venezuelan President Nicolas Maduro has claimed a sweeping victory in parliamentary elections that were boycotted by a weakened opposition. With more than 82 per cent of the votes counted, Maduro and his Socialist allies won just over 67 per cent, according to the Venezuelan broadcaster Telesur. Opposition parties received nearly 32 per cent. A win for Maduro's Socialist Party would place the country's only opposition-controlled government institution into his hands. The main opposition parties boycotted the elections, headed by opposition leader and parliamentary speaker Juan Guaido who enter...