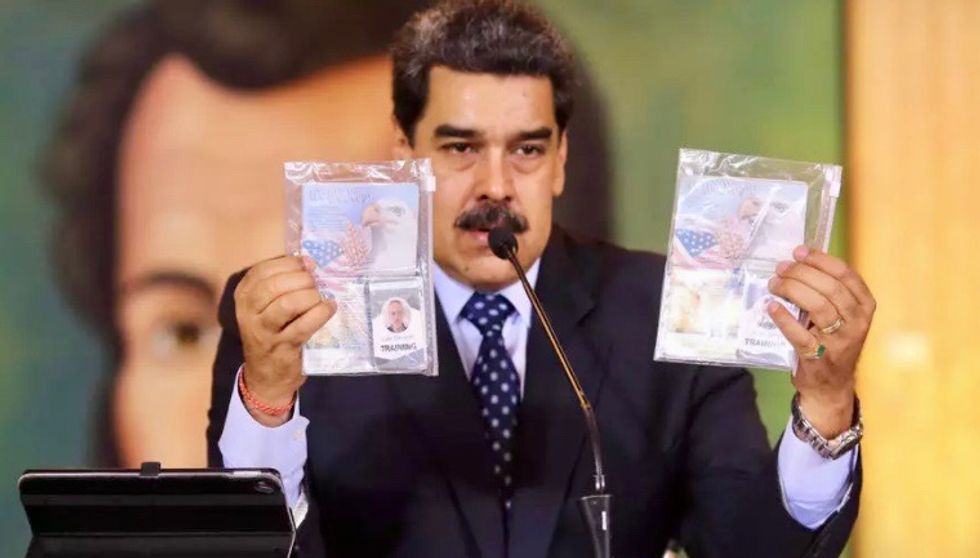 Polls opened early Sunday in legislative elections set to tighten Venezuelan President Nicolas Maduro's grip on power and weaken his US-backed rival, Juan Guaido, who is leading a boycott of the polls he calls a fraud.

Victory will give Maduro's ruling Socialist Party control of an expanded 227-seat National Assembly -- the only institution not in its hands.

The election, contested by about 14,000 candidates from more than 100 parties, comes with the country in a deep political and economic crisis -- suffocated by runaway inflation, paralyzed in endless queues for petrol, lacking water and gas supplies, and afflicted by sudden power cuts.

"The time has come to vote for peace, for the country, for the future!" Maduro said in a message to supporters on the Telegram messaging application, shortly before voting began at 6.30 am local time (1030 GMT).

The vote comes five years after the opposition won control of the National Assembly by a landslide.

Maduro, a former bus driver who became president on the death of his mentor Hugo Chavez in 2013, was re-elected in 2018 in fraud-tainted polls, a victory which much of the international community branded illegitimate.

The United States, the European Union and many Latin American countries have long blamed Venezuela's crippling economic crisis on Maduro's repression and misrule.

Instead, they backed Guaido when the National Assembly speaker proclaimed himself interim president in January of last year.

Initial enthusiasm has waned, however, with critics seeing Guaido's plebiscite ploy as a desperate gamble.

Guaido, 37, called for a boycott on grounds that "free and fair" conditions for holding elections do not exist. He labeled Sunday's poll "a fraud."

"Maduro's objective isn't even to gain legitimacy," he told AFP in an interview this week, adding that the goal was instead to simply wipe out all semblance of democracy.

Guaido and his allies plan a week-long plebiscite from Monday seeking public support to prolong the mandate of the current National Assembly until "free, verifiable and transparent" elections can be held.

However, the results will not be binding, as Maduro exercises control of the country's institutions, including the Supreme Court and the powerful military.

Maduro's expected victory will be greeted by his foreign allies Russia and China as lending his regime legitimacy, as well as a legal framework to their agreements which help circumvent US and EU sanctions.

The electoral authority, appointed by the Maduro-friendly Supreme Court, said more than 20 million people are eligible to vote in the polls.

Still, opposition dissidents who criticize Guaido for calling the boycott will take part in the election, despite being accused of lending Maduro legitimacy.

"They are going to represent the new opposition after January 5" when the new legislature takes office, said political scientist Jesus Castillo.

The country's malaise will likely translate into voter "apathy and inertia," with Luis Vicente Leon of pollsters Datanalisis predicting a turnout of 34 percent or less.

Guaido, who boldly declared himself president last year, winning the backing of 50 countries, is set to lose the leadership of the National Assembly, on which he based his legitimacy.

That will likely force his international backers to reassess their position.

Guaido is meanwhile calling for increased sanctions from the US and EU, even though a Datanalisis poll showed 71 percent of Venezuelans oppose more crippling sanctions.