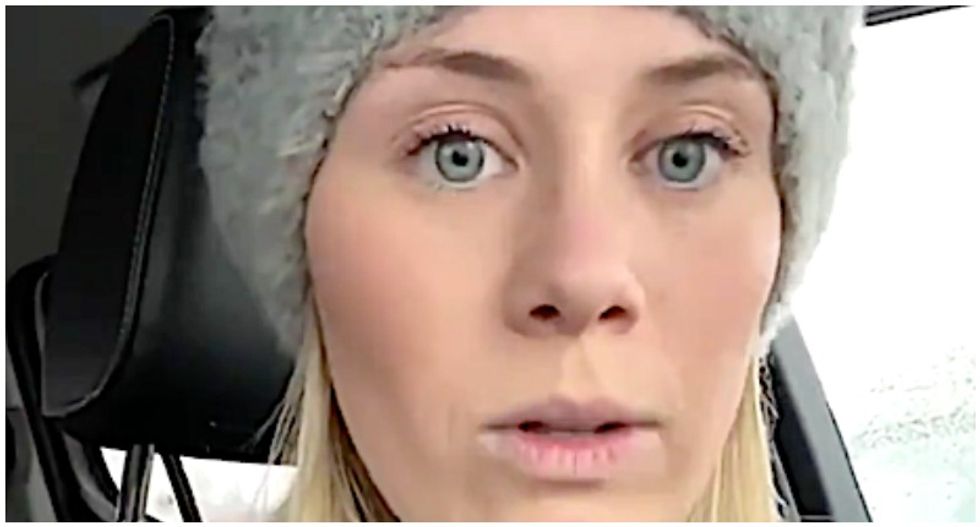 Katie Sorenson, a mom influencer who ran the now-deleted @MotherhoodEssentials Instagram page, posted two videos last week claiming that she was targeted by a Latino couple who were looking to kidnap her children while she was at a Michael's craft store in Petaluma, California.

Speaking to KTVU on Monday, Sorenson said the couple followed her and her children into the store and she heard them “talking about the features of my children,” to someone on the phone. “But I was totally paralyzed with fear,” she said. “I saw these people, they didn’t look necessarily clean-cut. I felt uncomfortable around them, and instead of making them uncomfortable with my discomfort, I chose to remain in my discomfort.”

As Jezebel points out, Sorenson's post went viral and blew up her follower count from around 6,000 followers to 80,000, garnering her videos millions of views.

While the couple that Sorenson accused does in fact exist, police determined after tracking them down that Sorenson's allegations could not be confirmed, telling BuzzFeed that “inconsistencies between the two accounts of the incident need[ed] to be resolved before criminal charges can be considered.” This Thursday, police said there's no evidence a crime was committed.

Nevertheless, photos of the couple made their way onto QAnon-related conspiracy pages. Speaking to BuzzFeed, a family member of the couple accused Sorenson of racism. “Somewhere in her mind she sincerely misconstrued this ‘brown’ couple innocently shopping at a craft store and discussing their own grandchildren as activity that was somehow threatening to her family,” the family member said.

Read the full story over at BuzzFeed News.