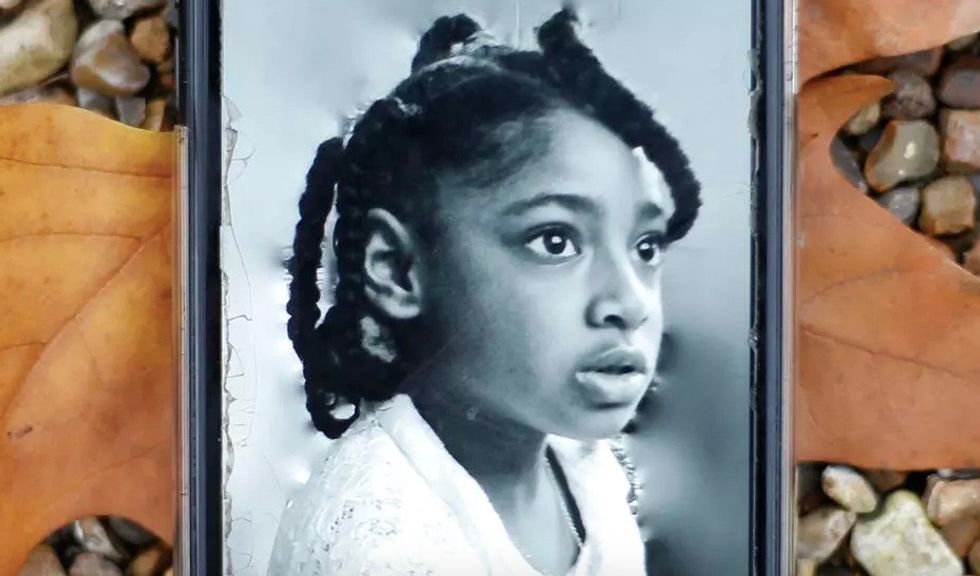 In a British legal first on Wednesday, a coroner ruled that air pollution contributed to the death of a nine-year-old girl with severe asthma who lived by a busy road.

Ella Adoo-Kissi-Debrah died in February 2013 after a serious asthma attack. In the previous three years, she had been taken to hospital nearly 30 times with breathing difficulties.

The young girl lived in southeast London just 30 meters (yards) from a major ringroad in the capital which is often clogged with heavy traffic.

"Air pollution made a material contribution to Ella's death," assistant coroner Philip Barlow said, in the first case to have poor air quality recorded as a factor on a death certificate.

"She was exposed to levels of nitrogen dioxide in excess of World Health Organization guidelines. The principal source of her exposure was traffic emissions."

He said it was also important to record a "recognized failure" to reduce those NO2 levels to within UK and EU limits, "which possibly contributed to her death".

Information was not provided to her mother, Rosamund, that may have prompted her to take action that might have prevented the girl's death, he added.

A first inquest in 2014 determined that Ella died of acute respiratory failure. But the ruling was overturned and a new hearing ordered after a review of the case.

Air pollution expert Stephen Holgate found a "striking link" between spikes in NO2 and harmful particulate matter and the occasions that she was taken to hospital for treatment.

He told the inquest she was "living on a knife edge" because of her surroundings and the air quality in her neighborhood, which exacerbated her condition.

Winter air pollution worsened her asthma in the months leading up to her death, added Holgate, a professor of immunopharmacology at the University of Southampton.

"This landmark ruling at last recognizes the deadly impact of air pollution," said the co-leader of the Green Party, Caroline Lucas.

The British Lung Foundation and Asthma UK said the inquest had laid bare the "invisible dangers of breathing dirty air" and set a precedent for a "seismic shift" in government policy.

The inquest was told that air pollution had been a known factor in worsening asthma, including in children, for at least four decades.

Air pollution readings one mile (1.6 kilometers) from Ella's family home consistently broke lawful EU limits in the three years before her death, the coroner was told.

Rosamund Adoo-Kissi-Debrah said she would have moved from the area had she been aware of the effects of air quality on her daughter's health.

On Friday, she told AFP she wanted "justice" for her daughter and for the ruling to help improve the lives of other children, calling air pollution a "public health emergency".

She welcomed the coroner's ruling and told reporters: "As we walk around our cities, there are still illegal levels of air pollution. This matter is far from over."

"There needs to be a whole health campaign about this. This is a very serious health matter... Hopefully this (ruling) will change that," she added.

According to figures from the London mayor's office, WHO-recommended limits for air pollution are broken in virtually all of the British capital.

Across the world, the global health body says air pollution kills some seven million people every year and nine out of 10 people breathe air that exceeds guideline limits on pollutants.