Republicans and fringe secessionist groups are no longer separate — they're joined at the hip: conservative 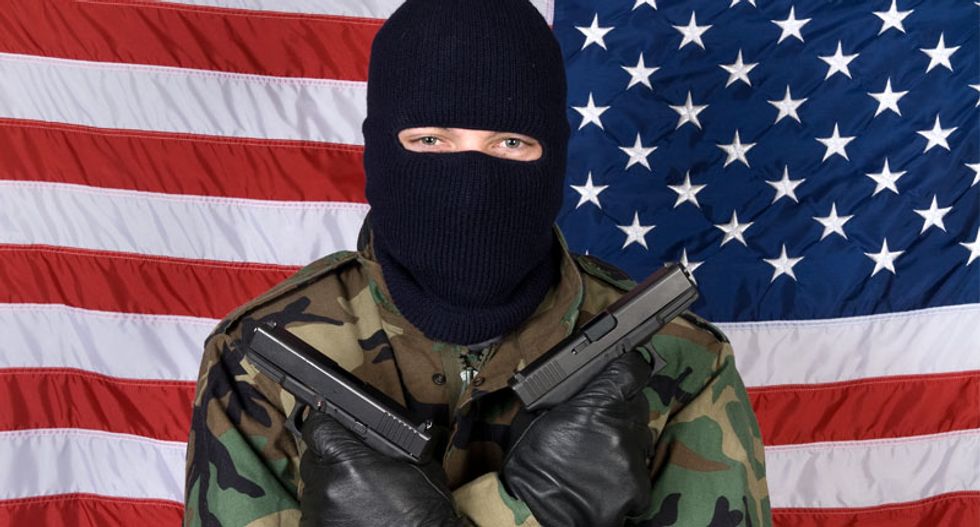 In recent days, some supporters of President Donald Trump — from Texas GOP Chairman Allen West to talk radio host Rush Limbaugh — have been floating the idea of Republicans seceding from the United States if President-elect Joe Biden is sworn in on January 20, 2021. Conservative Never Trump journalist Tim Miller, in an article published by The Bulwark, argues that far-right secessionist groups can no longer be viewed as an entity separate from the Republican Party. Now, Miller laments, the GOP and radical secessionists are joined at the hip.

"A group of secessionists out west who have branded their states 'New California' and 'New Nevada' — no word from New New York — filed an amicus brief (on December 11) joining with 100-plus Republican leaders urging the Supreme Court to cancel the legally cast votes of millions of Americans in four states and reinstall President Donald Trump against the will of the people," Miller explains. "This is not a trolly take on American news using the tropes normally employed to describe events in Third World countries. It is a simple accounting of what the totalitarian party has become."

In the lawsuit that Miller describes, Texas Attorney General Ken Paxton asked the U.S. Supreme Court to throw out millions of votes in Pennsylvania, Georgia, Wisconsin and Michigan — and the High Court rejected the lawsuit.

"The majority of the Republican Party establishment — including the president himself, the runner-up in the last presidential primary, the House minority leader, and the chief law enforcement officials in 17 states — is teaming up with a crank secessionist movement for a coup," Miller warns. "That is where we are at."

Miller, an ex-Republican who formerly served as communications director for former Florida Gov. Jeb Bush, notes that when Robert Thomas, chairman of the New Nevada movement, filed an amicus brief supporting the Texas lawsuit, his "closing request" for the High Court was "to validate the standing of two new states that have seceded from the Union as well as to approve the efforts of his comrades-in-arms to invalidate the election by judicial fiat."

The conservative writer explains, "Here's the thing. Crazy, bored coots in Nevada tootling off letters to the editor about the End Times and overthrowing tyrants is nothing particularly new or noteworthy…. What's new is that the coot claiming that democracy is tyrannical and must be disobeyed is making an argument that fits perfectly with the other Supreme Court briefs being filed by a preponderance of the members of a major political party."

Miller wraps up his article by arguing that New Nevada and New California shouldn't be regarded as fringe groups that most Republicans would never associate with — such groups are now mainstream within his former party.

"That's what it has come to in December 2020," Miller writes. "The crazy FW: FW: FW: e-mail guy ranting about how 'democracy is tyranny' is a replacement-level participant in a Republican Party and conservative establishment for whom overthrowing tyrannical democracy is now the entry-level position. The New Nevada Party is the GOP, and the GOP is the New Nevada Party."