Republicans plotting attempt to deny presidency to Biden on floor of the House if Trump gives the word: report 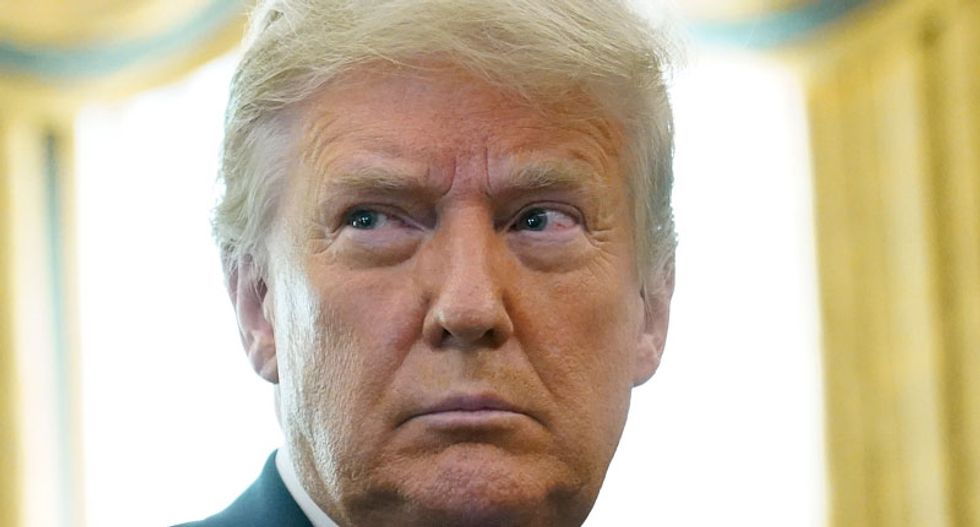 According to a report from the New York Times, hardcore supporters of Donald Trump who serve in the House are willing to attempt to deny the transfer of power to President-elect Joe Biden if Donald Trump gives them a thumbs-up to proceed.

With the president insisting on Saturday during a Fox News interview that "It's not over," and Biden would be an "illegitimate president," a few Republicans are making plans to use the rules of the House to contest the election results.

"As the president continues to refuse to concede, a small group of his most loyal backers in Congress are plotting a final-stage challenge on the floor of the House of Representatives in early January to try to reverse Mr. Biden’s victory," the Times reports. "Constitutional scholars and even members of the president’s own party say the effort is all but certain to fail. But the looming battle on Jan. 6 is likely to culminate in a messy and deeply divisive spectacle that could thrust Vice President Mike Pence into the excruciating position of having to declare once and for all that Mr. Trump has indeed lost the election."

According to the report, the effort is being led by Rep. Mo Brooks (R-AL) who has amplified the president's accusations of voter fraud despite a complete lack of evidence.

As the report points out, "Under rules laid out in the Constitution and the Electoral Count Act of 1887, their challenges must be submitted in writing with a senator’s signature also affixed," with the likelihood that either Sens. Ron Johnson (R-WI) or Rand Paul (R-KY) might step up.

"Once an objection is heard from a member of each house of Congress, senators and representatives will retreat to their chambers on opposite sides of the Capitol for a two-hour debate and then a vote on whether to disqualify a state’s votes," the report notes. "Both the Democratic-controlled House and Republican-controlled Senate would have to agree to toss out a state’s electoral votes — something that has not happened since the 19th century."

That, in turn, could put Vice President Mike Pence -- with an eye on his own political future -- on the spot.

"The dilemma is particularly acute for Mr. Pence, who is eyeing his own presidential run in 2024. As president of the Senate, he has the constitutionally-designated task of opening and tallying envelopes sent from all 50 states and announcing their electoral results," the Times reports. "But given Mr. Trump’s penchant for testing every law and norm in Washington, he could insist that Mr. Pence refuse to play that role. And either way, it will call for a final performance of the delicate dance Mr. Pence has performed for past four years, trying to maintain Mr. Trump’s confidence while adhering to the law."

Adding to that, an attempt to throw out the election results and defy the will of the voters could cast a cloud over the Republican Party whether it works or not.

As for Republican Brooks, "It remains unclear how broad a coalition he could build. More than 60 percent of House Republicans, including the top two party leaders, joined a legal brief supporting the unsuccessful Texas lawsuit asking the Supreme Court to overturn the election results. But it is one thing to sign a legal brief and another to officially contest the outcome on the House floor."