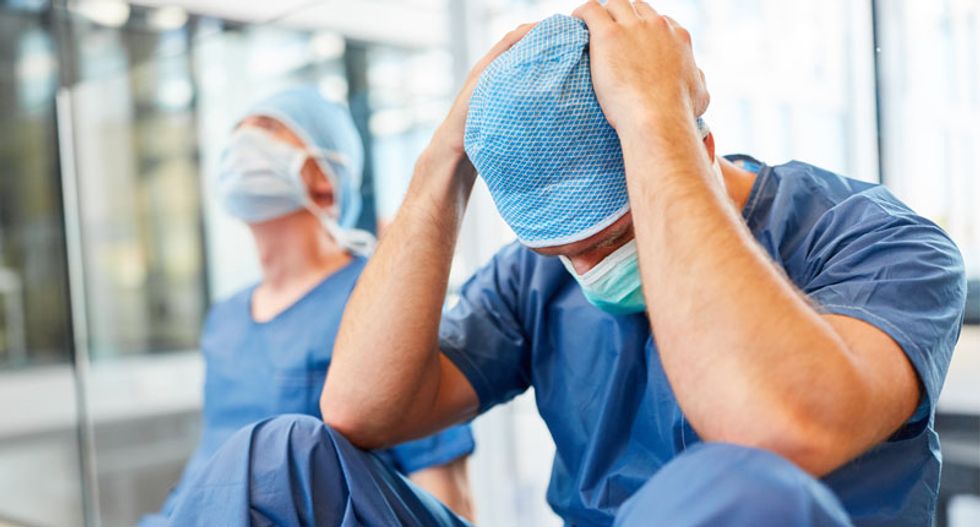 Nurses in Southern California are preparing to strike on Christmas Eve, citing work conditions that put their safety at risk.

NBC News reports that the Hospital Corporation of America on Monday received a 10-day notice of the intent to strike by over 2,400 registered nurses and licensed professionals from three hospitals. According to spokesperson for SEIU Local 121 Terry Carter, the upcoming strike comes in the wake of frustration in contract negotiations for four bargaining units over workplace safety and staffing.

In response, Hospital Corporation of America issued a statement saying that it negotiated with the healthcare workers in "good faith," that the planned strike is "unconscionable."

"As a result of the union's decision to strike during this challenging time, our hospitals must limit their full scope of services in order to ensure nurses are available to care for patients with the highest needs," the statement said.

According to ICU nurse Katherine Montanino, nurses at Riverside Community Hospital have been struggling with staffing issues for years, even prior to the pandemic.

Montanino says that making the decision to strike was "an internal moral and ethical struggle."

"The moral and ethical issue is that we're trying to say that there is a problem here: a serious problem of abuse of basic human rights — of not being able to eat, not being able to drink, and placing these patients in potentially dangerous situations," Montanino said. "And they don't care."