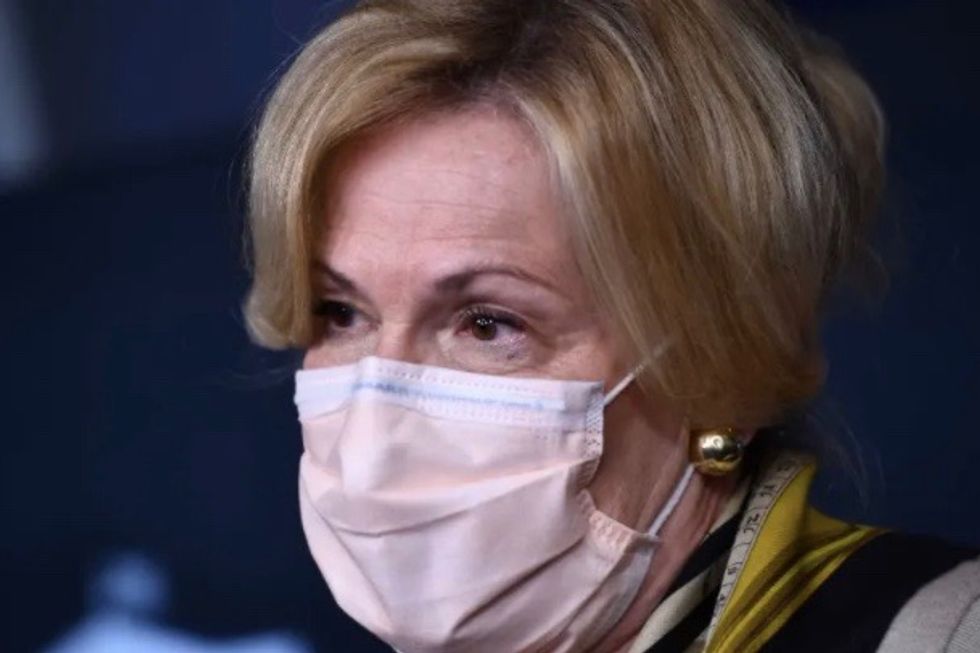 The White House coordinator on the coronavirus response cautioned Thursday that vaccinations across the United States will take time, even for the most at risk including around one-third of Americans living with other serious conditions.

"That's probably the most important question right now. It will be a number of weeks, a number of months before the most vulnerable individuals in America" are vaccinated, Deborah Birx told reporters from AFP and AP at the United Nations.

"We have 100 million Americans with significant comorbidities. It is going to take time to get them immunized," she said after meeting Secretary-General Antonio Guterres, who led a largely virtual UN summit on the Covid-19 crisis.

Birx, a seasoned expert on public health, declined to say whether she planned to continue in a role after President-elect Joe Biden is sworn in on January 20.

Birx also serves as the State Department's global coordinator on HIV/AIDS, a position to which she was appointed in 2014 under president Barack Obama, with Donald Trump not replacing her.

Trump has lashed out angrily both at Birx and Anthony Fauci -- the US government's top infectious disease specialist, who has been asked to join Biden's Covid team -- for not parroting his rosy predictions before last month's election although he has not dismissed them.

The United States is expected soon to approve its first vaccines for Covid-19, following in the footsteps of Britain.

For now, "we know precisely what we need to do," Birx said.

"I know people are tired about it but we cannot have indoor gatherings outside of our household. We all need to wear masks and (observe) physical distance and wash our hands."

The United States has suffered more Covid deaths than any other country, with the daily toll sometimes reaching beyond 2,000 for a total of more than 275,000 fatalities.