Trump using executions as a 'political tool': US activist lawyer 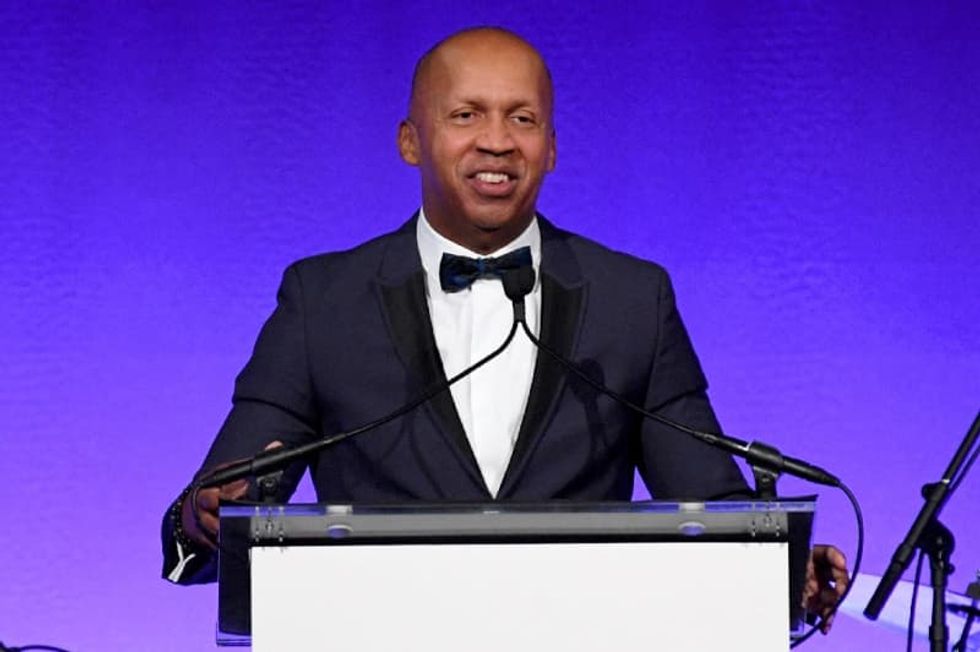 "Tragic" and "political" is how Bryan Stevenson, a lawyer who is to receive the Right Livelihood Award on Thursday, describes the frenzy of federal executions scheduled by US President Donald Trump before his departure from office.

"For every nine people we've executed in the United States, one innocent person on death row has been identified," Stevenson told AFP in an interview.

The 61-year-old African-American attorney is to be honored with three other rights activists on Thursday with the Swedish foundation award established in 1980 which has been described as the "Alternative Nobel Prize."

The founder of the Equal Justice Initiative, Stevenson has been able to prove the innocence or commute the sentences of 130 condemned prisoners, a fight which is recounted in his book "Just Mercy" and a movie of the same name starring Michael B. Jordan.

For Stevenson, mistaken convictions should have resulted in an immediate "shutdown" to executions.

"Like in aviation," he said. "When a plane crashes, we have to figure out why. We don't allow planes to fly.

"In health and food and safety we do the same thing, but somehow in our justice system, not only do we continue executing people, we don't even try to figure out why it is the rate of error is so high," he said.

The Trump administration resumed executions of federal prisoners in July after a 17-year hiatus.

There have been eight since then and five others are scheduled, including one on January 15, just five days before President-elect Joe Biden is to be inaugurated.

Until July, there had been only three federal executions in the past 45 years.

"It think that's tragic," Stevenson said of the resumption of federal executions under Trump. "I actually would love to see the federal death penalty abolished.

"It's clearly being used in a political way," he said. "And the last few months have shown that it is a political tool, at a minimum."

Biden has pledged to work towards abolishing the death penalty at the federal level but he will need the approval of Congress to do so and Democrats will need to take back the Senate.

For Stevenson, the death penalty embodies some of the shortcomings of the US judicial system including the criminalization of mental illness and incarceration of minors, but above all discrimination against African-Americans.

Orlando Hall, a Black man who was executed last month, "was convicted by an all-white jury after 80 percent of the African-Americans were excluded by a prosecutor with a history of racial bias," Stevenson said. "Our courts refused to address that issue."

The nationwide "Black Lives Matter" protests following the murder of George Floyd by a white police officer in May focused attention on police brutality in the United States towards African-Americans.

"There's a presumption of dangerousness and guilt that gets assigned to Black and Brown people which makes them very vulnerable in a very aggressive, predatory criminal justice system," he said. "So we have lots of Black people who get wrongly accused and wrongly arrested, wrongly convicted."

Stevenson is speaking from personal experience.

"I'm an African-American attorney. I went to Harvard Law School," he said. "I've been pulled out of my car and threatened by police who said they were going to blow my brains out."

Racism is not just going to go away, he said.

"I think for a long time people have argued... eventually these toxins created by slavery and these contaminants created by lynching and segregation will just dissipate," he said. "And we know that that's not true.

To that end, his organization has created the National Memorial for Peace and Justice in Montgomery, Alabama, dedicated to the 4,000 African-Americans lynched in the United States and an associated museum about slavery.

The book, movie and prize have cast a light on a fight that Stevenson has long conducted in the shadows.

"We've done this work with very little knowledge and recognition," he said.

"It's hard at times to be hopeful in spaces where there is so much pain and suffering and abuse," he said. "Encouragement and recognition can really affirm the value of continuing to be hopeful."