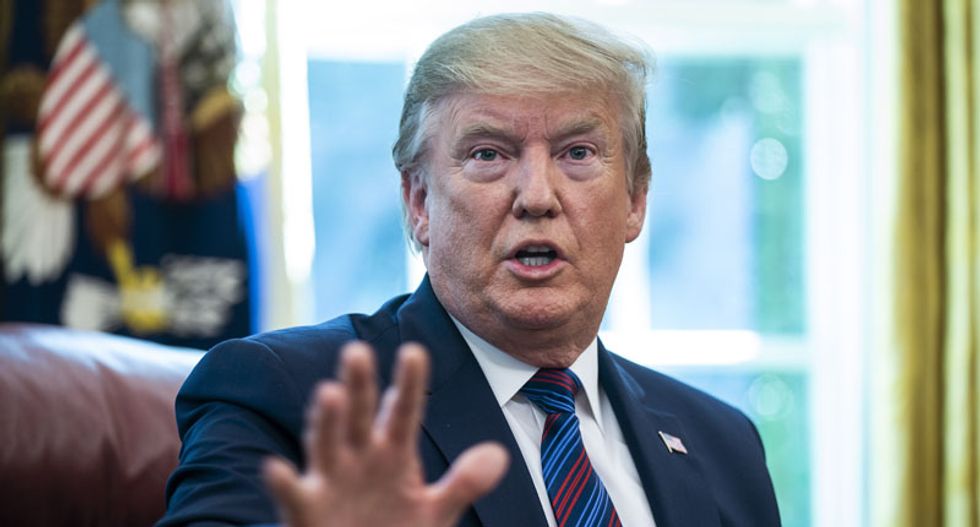 Nearly a year before he accepted the Republican nomination for president, Donald Trump's authoritarian impulses already were too obvious to be ignored. By then he was encouraging physical attacks on undocumented immigrants, demanding the deportation of millions more, and constantly appealing to hatred and bigotry. He bragged of being the "most militaristic" candidate and denigrated the free press. So extreme was his rhetoric during those months that prominent conservatives -- including several who now spinelessly truckle to him – warned of what his rise to power might portend.

His campaign reeked of an ideology that today can be named without hesitation. Trump has cultivated a constituency for fascism in America -- and his most fanatical followers may soon pose a real threat to the republic.

Having lost a fair election by millions of votes and an Electoral College margin that Trump himself has defined as a "landslide," he has mounted a campaign to discredit democracy with false allegations of fraud. Defeated repeatedly in courts and counting rooms run by Republicans, he has refused to desist from these debunked claims. Even as his followers threaten GOP election officials with mayhem, Trump has continued to stoke their rage. And now we are entering the darkest dimension of politics, as his henchmen predict "civil war" and demand that he impose "martial law."

Leading the calls for bloodshed in the weeks following Trump's defeat was his 2016 campaign chief Steve Bannon, who urged Americans to be prepared to fight and die to overturn the election. On his "War Room" podcast, Bannon hosted a Trump campaign lawyer from Georgia named Lin Wood whose plea to the president's supporters was that they must "do what our Founding Fathers did in 1776."

Across right-wing media those shrill, seditious messages were echoed and then amplified into an explicit demand for the overthrow of constitutional democracy and the inauguration of a Trump dictatorship. At the forefront were still more familiar faces, including a pair of criminals -- disgraced ex-general Michael Flynn and longtime Trump consigliere Roger Stone.

Both Flynn and Stone were recently granted corrupt pardons by Trump for hiding details of the Trump campaign's collusion with Russian agents in 2016. Both have always displayed borderline personalities that complement their authoritarian ideologies. Now those latent tendencies have erupted into furious fascist agitprop.

On Twitter, Flynn stolidly invokes the usual insincere appeals to "freedom," the flag, and God. Meanwhile, the more imaginative Stone weaves scenarios of North Korean and European plotting to steal the election, in tandem with the Venezuelans, George Soros, and perhaps some lizards from deep space (or the deep state).

The nascent campaign for dictatorship has emerged via an Ohio organization called "We The People Convention," which is evidently operated by a local Tea Party leader. Along with Lin Wood and Sidney Powell, the kooky lawyer dismissed from the Trump campaign, Flynn and his cohort are imploring the president to declare "limited martial law." Their scheme is to suspend civil liberties and normal legal processes, in order to conduct a new election under military control (which they expect would produce an outcome more to their liking).

For the moment, this political excrescence is a fringe phenomenon, like the upsurge of neo-Nazism that Trump's presidency has inspired. Cowardly as he is, Trump will disappoint these maniacs. He knows, even if they don't, that our country's military leaders might well respond to any such lawless order by arresting him. He has already said he will depart the White House on January 20, so we won't have the pleasure of watching him hustled out by the Secret Service.

The seditious babble of figures like Stone, Flynn, and Powell is protected by the First Amendment of the same Constitution that they have treated as toilet paper from the moment that Trump entered the White House. But they represent an armed constituency that rejects reason, despises law, and is attracted to violent solutions. And they aren't going away when Trump leaves office.