Vietnam writer jailed for 12 years over articles critical of government 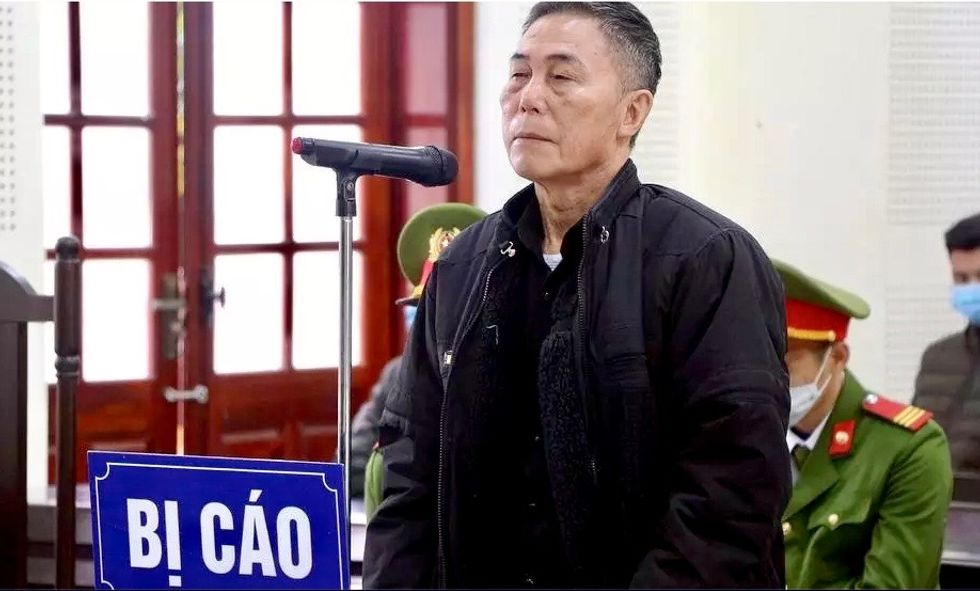 Tran Duc Thach, a former political prisoner, was pardoned in 2011 but sentenced to another jail term on Tuesday - Vietnam News Agency/AFP

A Vietnamese activist was jailed for 12 years Tuesday after writing articles critical of the government and posting them on his Facebook page, nearly a decade since being released from prison for a similar offense.

Writer and poet Tran Duc Thach, who was convicted on charges of attempting to overthrow the government, was also sentenced to three years of house arrest.

The 69-year-old was jailed for three years in 2009 for creating "propaganda against the state", but was among more than 10,000 prisoners granted amnesty in 2011 to mark the country's National Day.

Vietnam's government has stepped up efforts in recent months to muzzle critics and dissidents during the run-up to a leadership transition in January which poses an especially tense period for the Communist state.

Thach was arrested again in April this year and Tuesday's trial in the north-central province of Nghe An lasted about five hours.

"At the court on Tuesday, Thach admitted his crime," state media reported.

He was accused of drafting and posting several articles "distorting economic, socio-political events, blackening and humiliating leaders of party and state" on his Facebook page from May 2019 to March 2020, state media said.

The one-party state has long jailed its critics, though a hardline leadership in charge since 2016 has ushered in an uptick in arrests and convictions.

Thach's jailing came ahead of the party congress scheduled for January, a five-yearly leadership transition where members of the highly secretive Communist Party of Vietnam jostle for influence.

Thach's poetry focuses on life without freedom and justice, and his novels cover human rights abuses and the country's legal system.

His memoir "A Haunting Collective Grave" tells the story of the mass killing of civilians by northern army soldiers in Dong Nai province in April 1975, which he witnessed.

"When is Vietnam going to realize that citizens like Tran Duc Thach should be honored for their commitment to reform and rights, not persecuted for pointing out shortcomings in government and society?" he said in a statement.

The social network admitted earlier this year that it was blocking content deemed illegal by authorities, while its latest transparency report revealed a nearly 1,000 percent increase in the content it censors on government orders compared to the previous six months.