WATCH: Anti-maskers invade Arizona Target -- and one claims masks are a tool of Satan 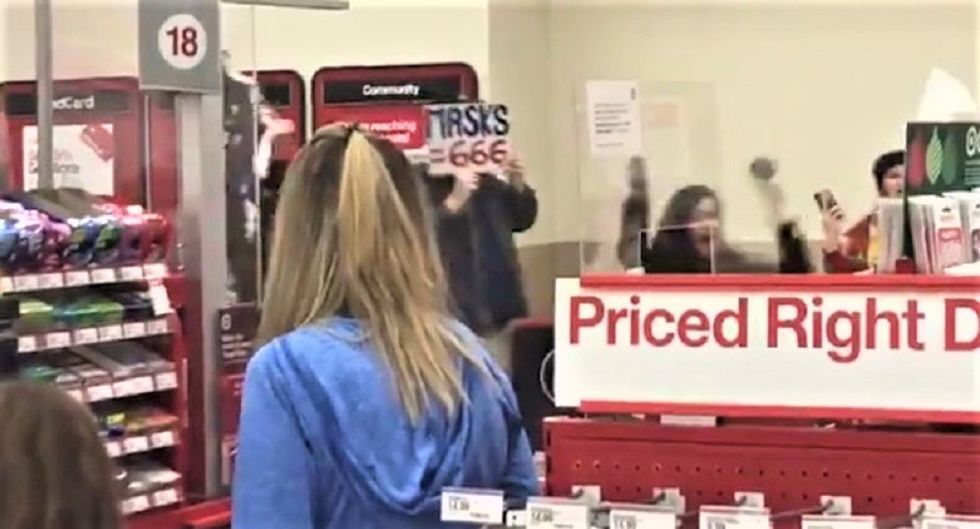 Anti-face mask activists were caught on camera storming a Target in Phoenix, Arizona this week, with one person holding a sign claiming that masks are part of a Satanic plot.

Videos of the anti-maskers' demonstration show them marching through the Target located at Phoenix's Christown Spectrum Mall while chanting, "Freedom!"

The anti-maskers displayed a wide variety of signs to make their points, including ones that read, "End the Mask Mandate" and "Saving Face."

The most curious sign, however, was one that read, "MASKS = 666," which is a reference to the so-called "Number of the Beast" that many Christians believe is a mark that Satan will leave on most humans just before the end of the world.

Trump's demand for a special master looks like a 'giant backfire': legal scholar

New York Times reporter Charlie Savage wrote in his Wednesday piece that it is quickly becoming clear that Donald Trump may be regretting his request for a special master in the Mar-a-Lago documents investigation.

Trump reportedly thought he could delay the investigation into the stolen documents that he stashed at Mar-a-Lago, but his ploy appears to have backfired.