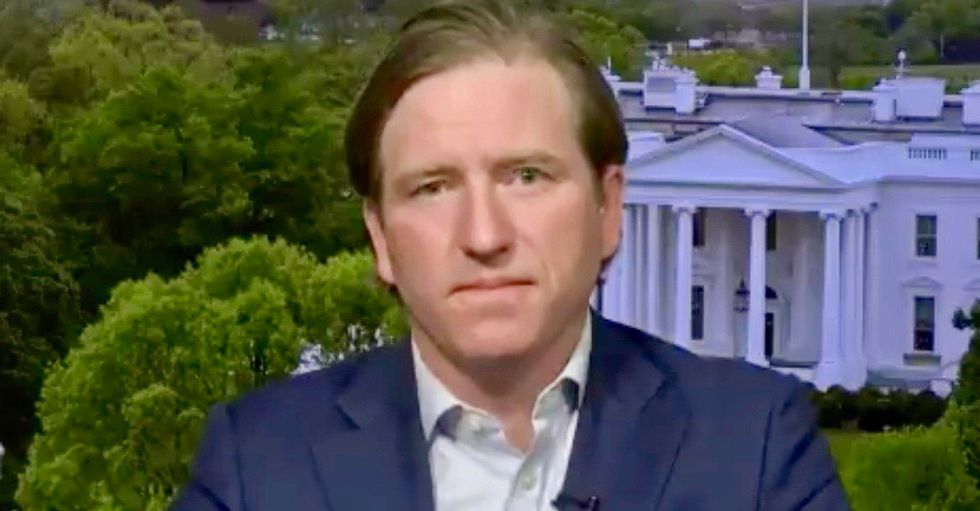 Chris Krebs is threatening to sue after a high-profile attorney for President Donald Trump's campaign called for his execution.

Krebs is the former elections security and cyber security expert President Trump recently fired after he released a report that called the 2020 presidential election the "most secure" in history, which contradicts Trump's lies about voter and election fraud.

“Anybody who thinks that this election went well, like that idiot Krebs who used to be the head of cybersecurity [for Trump]," said Joe diGenova on "The Howie Carr Show," simulcast on Newsmax. "That guy is a class A moron. He should be drawn and quartered. Taken out at dawn and shot."

"We're a nation of laws, and I plan to take advantage of those laws. I've got an exceptional team of lawyers that win in court, and I think they're probably gonna be busy."

"This is not just a random Parler troll trying to get attention," The Bulwark's Tim Miller writes. "This is an attorney speaking on behalf of the President of the United States’ re-election campaign. And while it may read like a macabre joke, the direct nature of diGenova’s comments make it impossible to interpret as anything other than a real wish/threat against a public servant for offering truthful testimony."

An attorney, Krebs served as the first Director of the Cybersecurity and Infrastructure Security Agency for two years. He was one of the few highly-respected Trump administration officials.

.@SavannahGuthrie speaks with Christopher Krebs in his first live interview since being fired as the director of th… https://t.co/aoxZ1EI54F
— TODAY (@TODAY)1606826638.0