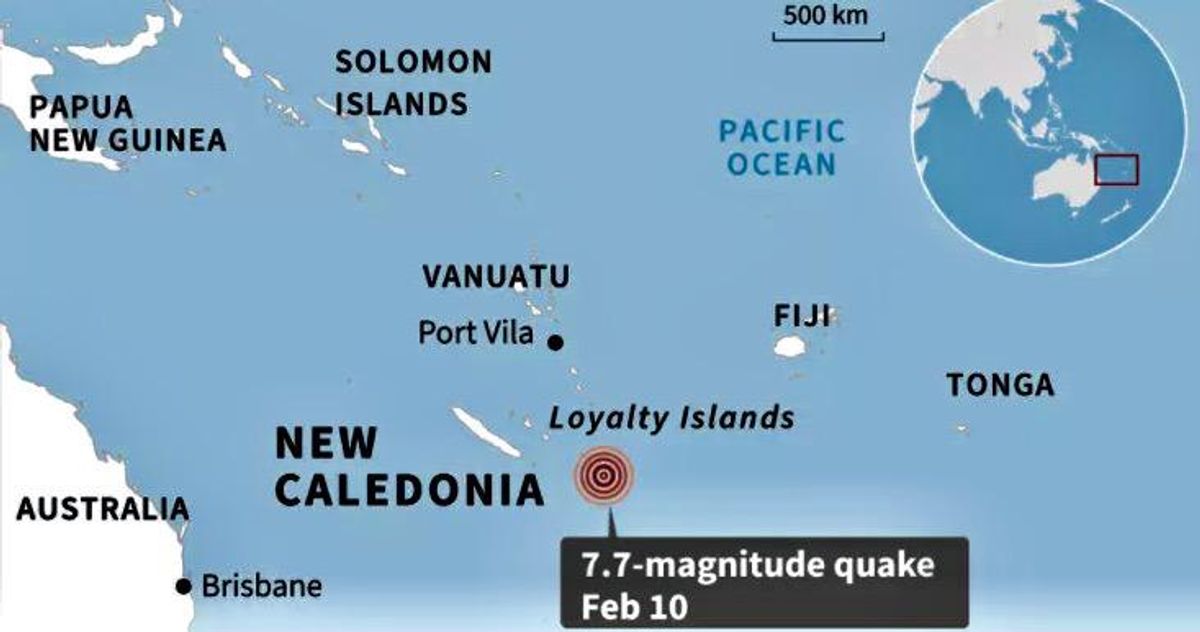 A 7.7-magnitude earthquake struck in the South Pacific on Thursday, the US Geological Survey said, sparking a tsunami warning for New Zealand, New Caledonia, Vanuatu and other nations in the region.

The quake struck at just after midnight on Thursday local time (1320 GMT Wednesday) about 415 kilometres (258 miles) east of Vao in New Caledonia at a depth of 10 kilometres, according to the USGS.

"Hazardous tsunami waves from this earthquake are possible within the next three hours," the NWS Pacific Tsunami Warning Center said.

Waves reaching between 0.3 and one metre above the tide level are possible for some coasts of Fiji, New Zealand and Vanuatu, the centre said.

The New Zealand National Emergency Management Agency released a statement telling people in coastal areas to move away from waterfronts.

"We expect New Zealand coastal areas to experience strong and unusual currents and unpredictable surges at the shore following a magnitude 7.7 earthquake," the disaster agency said.

"People in or near the sea in the following areas should move out of the water, off beaches and shore areas and away from harbours, rivers and estuaries."

A map accompanying the statement indicated the affected areas included the far north of New Zealand's north island, the Great Barrier Island east of Auckland and a stretch of coast along the country's east.

The northern parts of New Zealand were the only areas in danger of any tsunami.

Smaller waves were forecast for other nations in the region including Australia, the Cook Islands and American Samoa.

There were no initial reports of casualties or damage from the quake, which was initially recorded by USGS at magnitude 7.5 before being revised to 7.7.

In 2018, a 7.5-magnitude quake and subsequent tsunami on Indonesia's Sulawesi island left more than 4,300 people dead or missing.

A 9.1-magnitude quake struck off the coast of Indonesia's Sumatra island in 2004, triggering a tsunami that killed 220,000 throughout the region.

The death toll included around 170,000 in Indonesia -- one of the deadliest natural disasters in recorded history.