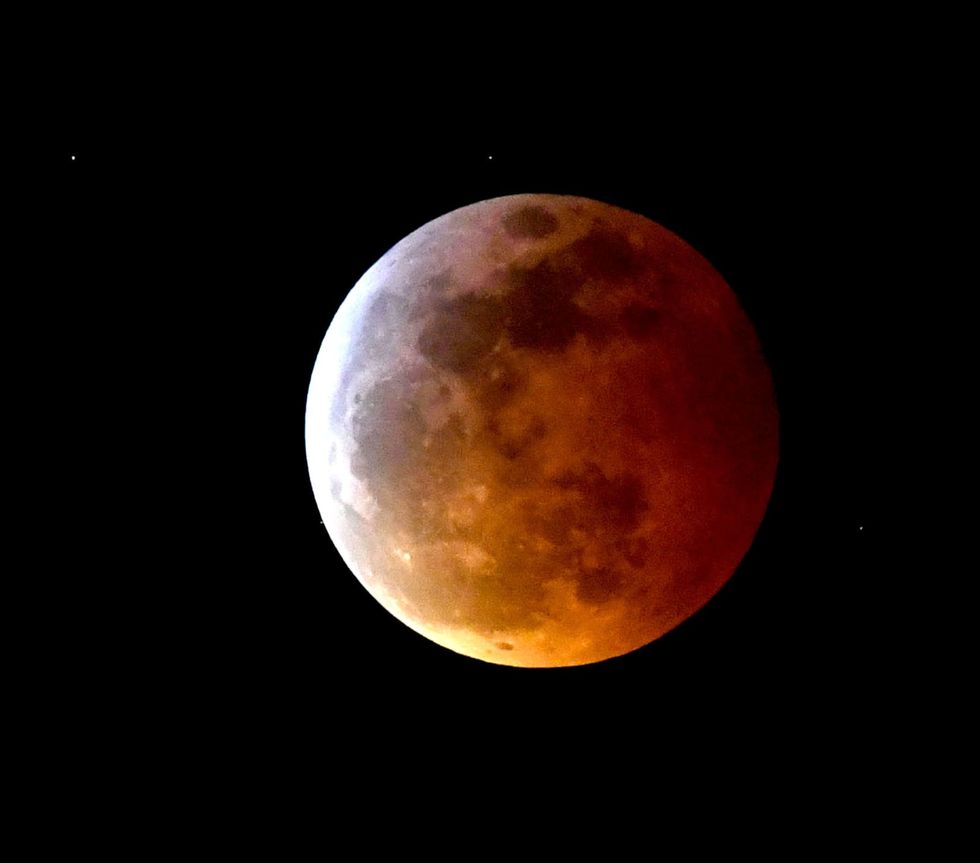 For much of the Eastern U.S., better luck on Election Day, Nov. 8, when the next lunar eclipse will occur. - Kevin Winter/Getty Images North America/TNS

PHILADELPHIA — Clouds and showers are poised to spoil not only another weekend in the Eastern United States, they are likely to ruin one of the year’s most anticipated astronomical events — a total lunar eclipse Sunday night into early Monday. During the 3½ hours in which Earth’s shadow will cross the moon, starting around 10:30 p.m. Sunday, clouds will eclipse the eclipse over most of the East, said Allan Rahill, a Canadian government meteorologist who provides sky-cover forecasts for astronomers throughout North America. For Philadelphians, seeing the eclipse would require “a pretty good roa...