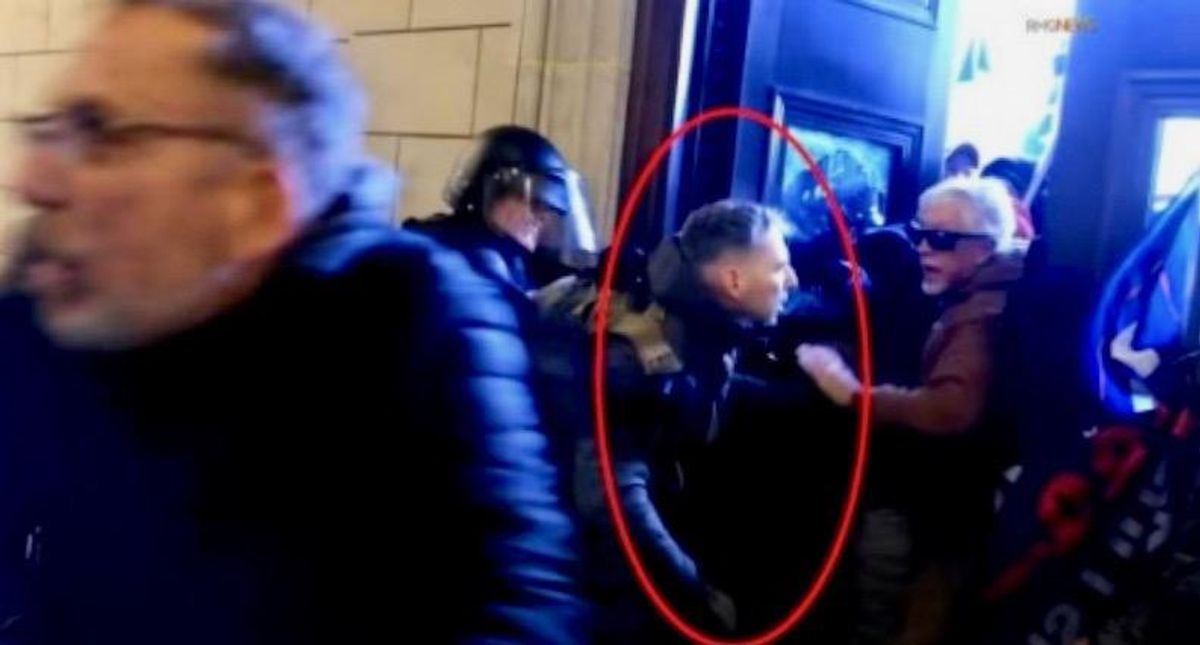 The U.S. Dept. of Justice has announced the arrest of a 40-year old active duty U.S. Marine, a commissioned officer stationed at Quantico, for his alleged role in the January 6 insurrection.

Citing court documents and security camera footage, DOJ in a statement says Major Christopher Warnagiris "violently entered the Capitol on Jan. 6, after pushing through a line of police officers guarding the East Rotunda doors. Once inside, Warnagiris positioned himself in the corner of the doorway, using his body to keep the door open and pull others inside. When a U.S. Capitol Police (USCP) officer tried to pull the doors shut, Warnagiris refused and continued pushing it open. Warnagiris can be seen pushing the officer in an effort to maintain his position in the open door in security camera footage and publicly available video footage captured shortly after 2:25 p.m."

Warnagiris "is charged with federal offenses that include assaulting, resisting or impeding certain officers; obstruction of law enforcement during civil disorder; and obstruction of justice, among other charges. Warnagiris will make his initial court appearance today at 2:00 p.m. in the Eastern District of Virginia," the DOJ said.

On Wednesday several Republican members of Congress stated: "There was no insurrection. To call it an insurrection is a bold-faced lie," the insurrectionists were merely “peaceful protestors," and the attack on the U.S. Capitol looked like “a normal tourist visit."