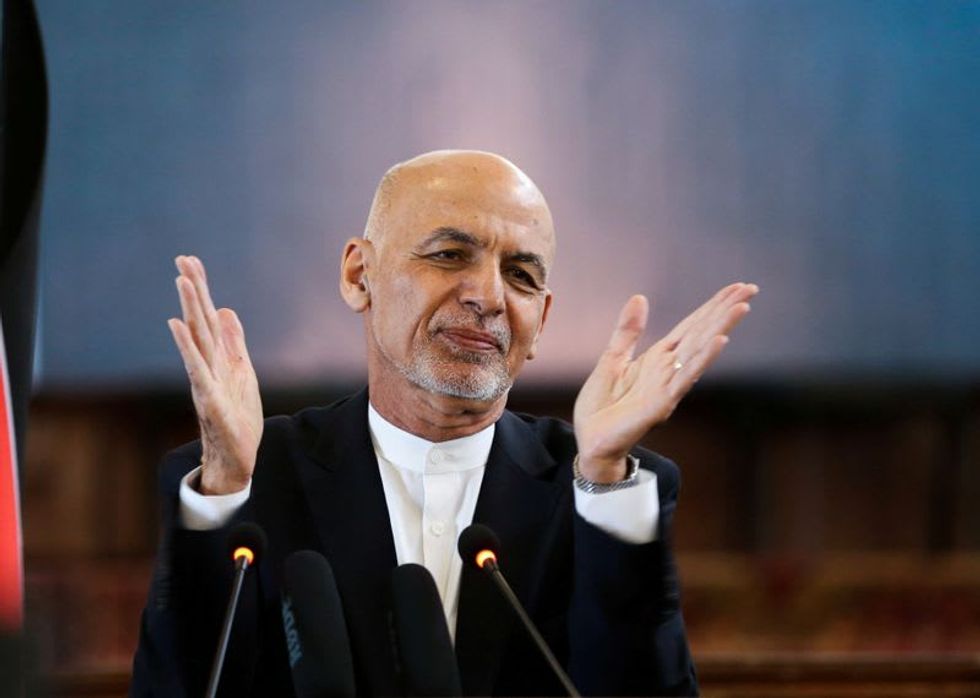 By Hamid Shalizi KABUL (Reuters) - Afghan President Ashraf Ghani will put forward a three-phase peace roadmap for Afghanistan during a proposed meeting in Turkey, seeking an agreement with the Taliban and a ceasefire before elections, a document seen by Reuters shows. Washington is pushing for a conference to be hosted by Turkey, with U.N. involvement, this month to finalise a peace deal between the government and the Taliban as a May 1 deadline looms for the withdrawal of all foreign troops. Ghani's plan will be presented as a counter to proposals put forward by Washington, rejected by the Af...