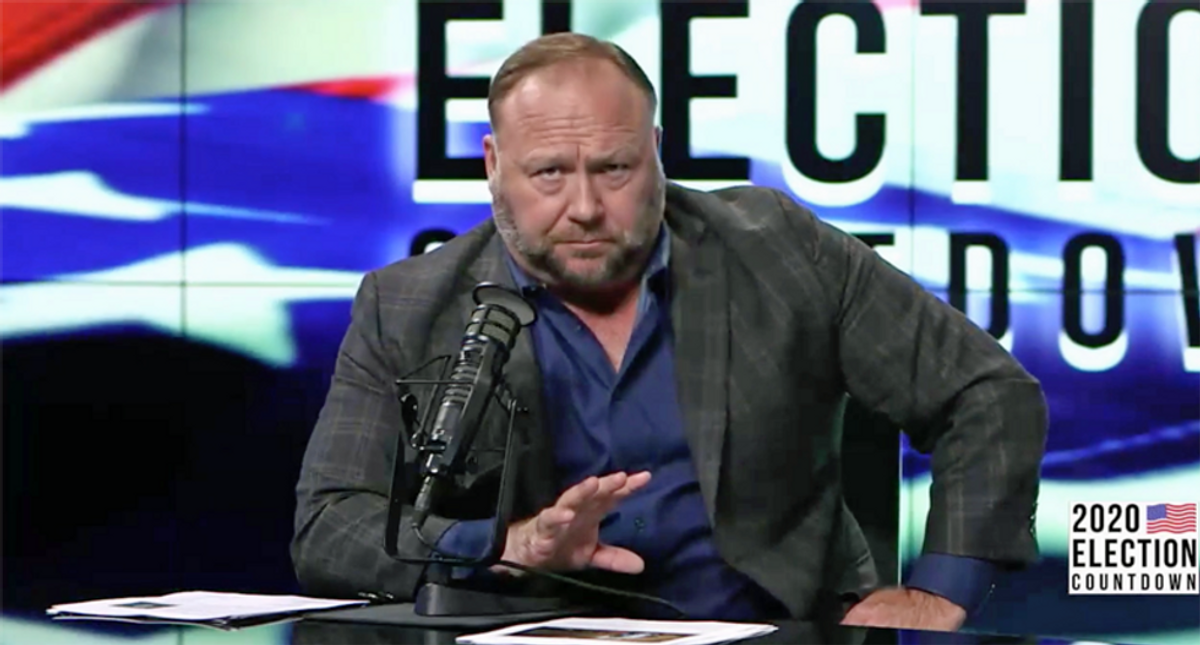 Before Donald Trump's presidency, conspiracy theorist Alex Jones' Infowars was considered a fringe outlet in right-wing media circles; even former Fox News pundit Bill O'Reilly dismissed Jones as a buffoon. But the Trump White House treated Infowars like a serious news organization, and according to Free Speech TV, Jones "is now claiming that he coordinated with the Trump White House on the events of January 6."

Free Speech TV, in a page for David Pakman's show, explains, "The Infowars host made the claim last week that he even put up $500,000 of his own money to make it happen. Jones said, 'The White House told me three days before: We're going to have you lead the march.' He went on to say that 30 minutes before the end of Trump's speech at the Rotunda, the Secret Service planned to take Jones out of the crowd to the spot where the march was supposed to begin. He went on to say, 'Trump will tell people: Go, and I'm going to meet you at the Capitol.' Jones' statements are basically a full-on admission about his involvement in the riots, although he can always hide behind saying he did not intend for the rally to get violent."

Pakman, however, stressed that Jones has a long history of lying.

This week on his show, Pakman explained, "Bear in mind: Alex Jones lies all the time. He may be lying here, but he may not be. And even if a fraction of this is true, it's a whole new level of insanity related to those riots…. If Alex Jones is to be believed, he got his marching orders from the Trump White House about the January 6 riots. But understand that if one iota of this is true, the White House helped coordinate the January 6 insurrection with extremist conspiracy theorists."

Nonetheless, Pakman went on to say, "Alex Jones is a serial liar. And when he's been put into legal hot water in the past for things he said, his lawyers run in — and they say, 'He's merely an entertainer. He's playing a character on his program. The things he says on his program aren't meant to be taken literally or seriously. He's sort of like a performer.'"