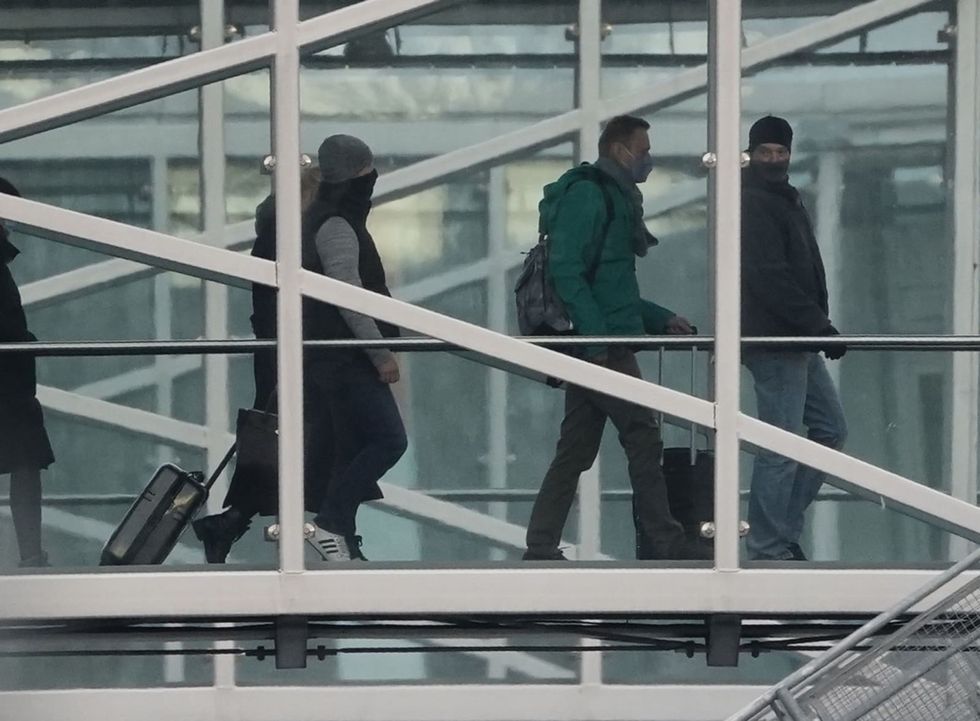 Kremlin opponent Navalny wants to return to Russia - Russian opposition leader Alexei Navalny and his wife Yulia board a plane of the airline "Pobeda" to fly back to Moscow, from Berlin Brandenburg airport. Navalny stayed in Germany for almost five months for treatment following his poisoning. The 44-year-old is considered the most prominent opponent of Russian President Putin. - Michael Kappeler/dpa

The team of US President-elect Joe Biden on Sunday called for the release of Russian dissident Alexei Navalny after he was detained upon arrival at a Moscow airport, as the Trump administration remained quiet on the subject. "Mr. Navalny should be immediately released, and the perpetrators of the outrageous attack on his life must be held accountable," said Jake Sullivan, who will serve as Biden's national security adviser if confirmed by the Senate. "The Kremlin's attacks on Mr. Navalny are not just a violation of human rights, but an affront to the Russian people who want their voices heard....