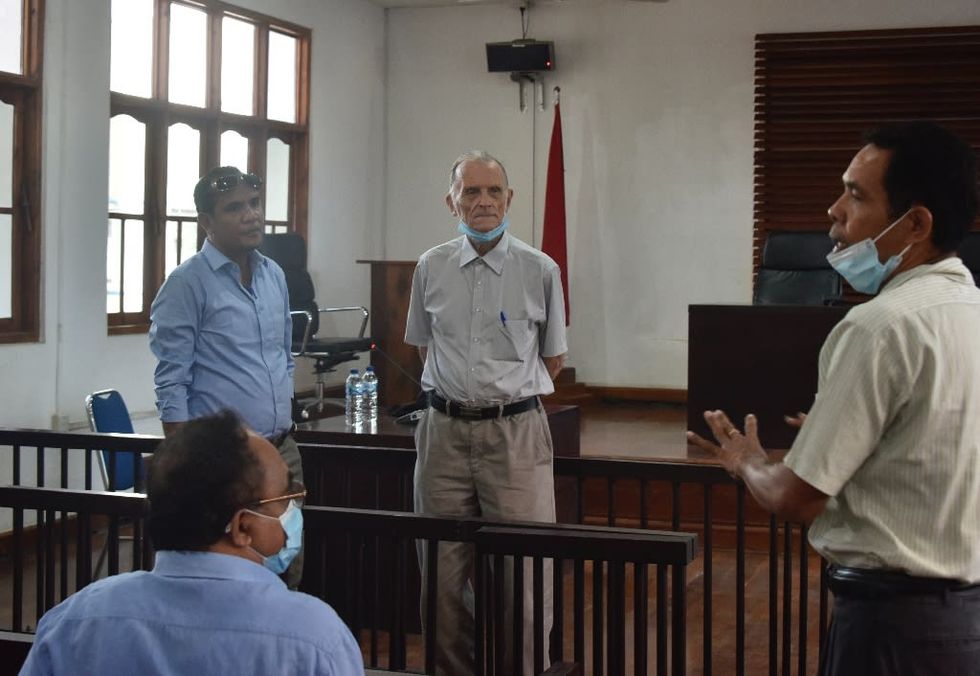 A defrocked American priest was jailed for 12 years on Tuesday for sexually abusing children at an East Timor shelter, in a case that caused sharp divisions in the deeply Catholic nation.

At least 15 women had accused Richard Daschbach, 84, of sexually abusing them when they were children at his shelter in the enclave of Oecusse, with fears that there may be many more victims.

A panel of judges found the ex-priest guilty of several sex crimes at the shelter, which was founded in the early 1990s and housed hundreds of orphans and impoverished children.

They handed down multiple sentences totalling 37 years, but presiding judge Yudi Pamukas said that was reduced to 12 years considering his age.

Daschbach was under house arrest during the trial, and the judges ordered his immediate imprisonment to prevent any escape attempt.

One of the victims -- who testified during the trial but did not give her name -- said despite the lesser sentence, she was content with the verdict.

"This is the fruit of our struggle," she told AFP.

Lawyers representing the victims said they would appeal for the maximum 30-year jail term, describing the sentence as too lenient.

"Our children were subjected to horrendous crimes for such a long time because we, as a society, were blinded by the belief that a figure as the defendant in this case would not commit such crimes against children."

The now ex-priest moved to East Timor in the mid-1970s as a missionary, and was once widely revered for his charity work in the Southeast Asian nation.

He was defrocked by the Vatican in 2018, but details of the sex abuse allegations were only disclosed the following year when the case was reported by a local news outlet.

Catholic officials in East Timor's capital Dili said this year that Daschbach was dismissed because he had admitted to the "heinous crime".

But he retained broad support in the Catholic nation, including among some members of the political elite, because of his support for East Timor's independence movement.

Many devout Catholic Timorese have cast doubt on the abuse claims. Most alleged victims did not want to be identified because they feared retribution.

In August, Daschbach was also indicted in the United States on seven counts of engaging in illicit sexual conduct in a foreign land.

He faces a maximum sentence of 30 years on each count if convicted.