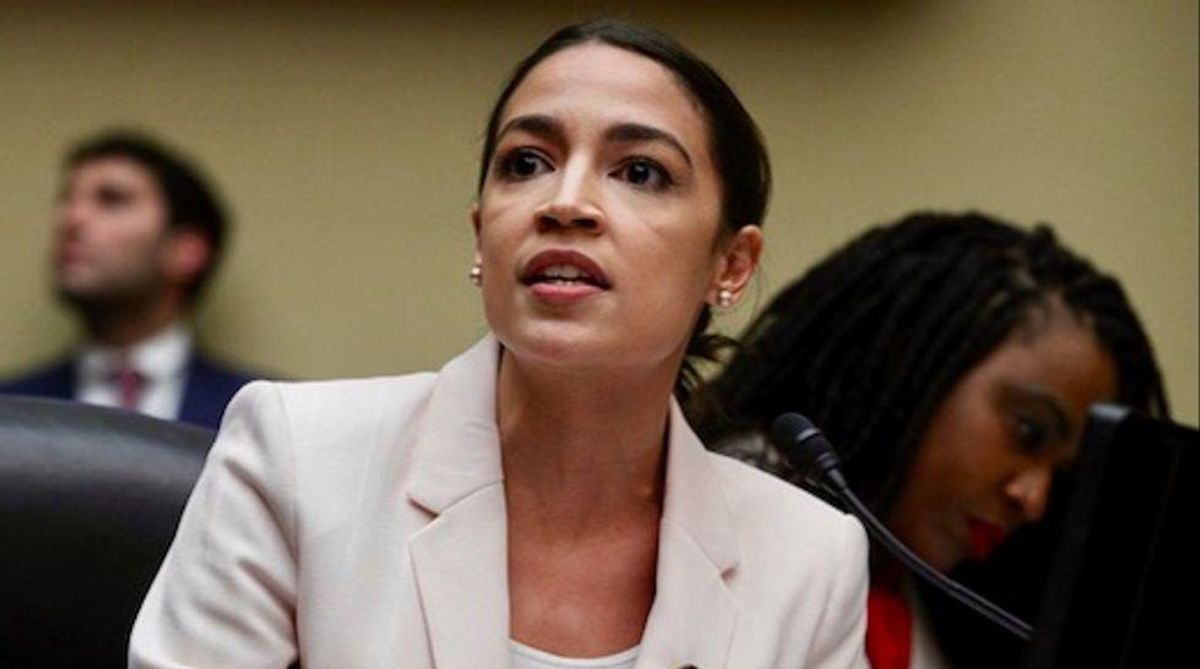 Rep. Jody Hice, Rep. Andrew Clyde and other far-right Trumpistas in the Republican Party have been claiming that the January 6 assault on the U.S. Capitol Building was "not an insurrection." Clyde has even likened that violent attack to a harmless "tourist visit." But Democratic Rep. Alexandria Ocasio-Cortez of New York City has a totally different perspective, describing the January 6 insurrection as an "extraordinarily traumatizing event" during an interview with journalist Maria Hinojosa for "Latino USA."

On January 6, some of the insurrectionists in Washington, D.C. were chanting, "Hang Mike Pence, hang Mike Pence"; they believed that the then-vice president had betrayed then-President Donald Trump by not being able to prevent Congress from certifying now-President Joe Biden's Electoral College victory in the 2020 presidential election. They even had a hangman's noose set up outside the Capitol Building. That definitely qualifies as an insurrection, contrary to what Hice and Clyde have been claiming. And Ocasio-Cortez, during her interview with Hinojosa, stressed that January 6 could have had an even deadlier outcome.

Ocasio-Cortez recalled, "Pence was taken out of the Senate chamber something like 60 seconds before these terrorists, insurrectionists got into the Senate chamber. Pence was the one person, arguably, that had one of the most important roles in making sure that procedurally, the Electoral College counts went on as proceeded. Sixty seconds could have meant potentially the difference between what we have right now and a martial state. This was an all-out attempted coup."

That coup d'état or golpe de estado, according to Ocasio-Cortez, has "deeply affected lawmaking" on Capitol Hill because of the security concerns that have followed the January 6 insurrection.

Video of the January 6 insurrection has horrified people all over the world. From Spain and Italy to Chile to countries in Sub-Saharan Africa, people who were old enough to have lived through insurrections, coups, revolutions or civil wars in the past felt a horrifying sense of déjà vu — only the images they were seeing were the United States in 2021, not Spain during the 1930s or Chile during the 1970s. And the insurrectionists were not El Sendero Luminoso de Peru or the Revolutionary Armed Forces of Colombia (FARC), but members of the Proud Boys, QAnon, the Oath Keepers and other groups that were willing to resort to violence in order to keep Joe Biden out of the White House.

Ocasio-Cortez told Hinojosa, "If 60 seconds went differently, if a different door was opened, if a chair wasn't barricaded in a certain way, we could have a completely different reality right now. We don't want to acknowledge that that's how close we got, but that is how close we got."

The progressive Puerto Rican congresswoman, whose district includes areas of the Bronx and Queens, made it clear that she literally feared for her life during the Capitol siege. Ocasio-Cortez recalled that some of the insurrectionists had "functional gallows with nooses, and they put them in front of the Capitol."

Pence was obviously the main target of those gallows, but as AOC told Hinojosa, members of Congress were certainly in danger as well.

"They were looking for us, and we were not protected," Ocasio-Cortez told Hinojosa. "White supremacy in and of itself is a mythology, and you have to protect it in order to protect that political power — which has now become a very important base in the Republican Party."