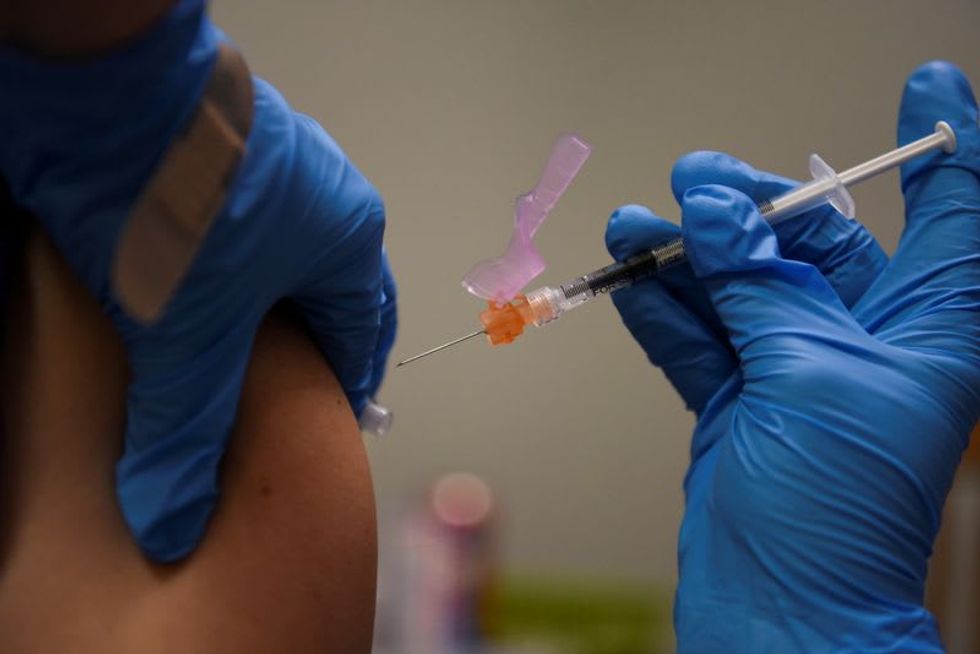 CHICAGO (Reuters) - Advisers to the U.S. Food and Drug Administration are expected to discuss two key questions when they meet on Sept. 17 to consider a COVID-19 vaccine booster campaign this fall: Is protection from the initial shots waning, and will boosters help?

The debate will likely be heated following the Biden Administration's announcement last month - before the experts could weigh in - that the U.S. plans to start booster doses Sept. 20 if regulators approve them.

The White House move usurped the normal process in which the FDA and the U.S. Centers for Disease Control and Prevention make these sort of science-based decisions, according to interviews with six current and former FDA scientists and CDC advisory panel members.

On Wednesday, the FDA set the meeting date to consider a third booster shot of the Pfizer Inc/BioNTech SE vaccine and may discuss others. Moderna Inc submitted data to the FDA for consideration of its booster and Johnson & Johnson last week said it was in discussions with the agency about one.

"The recommendation shouldn't precede the data, which is what happened here. And that's why people are so upset," said a source close to the FDA advisory panel who was not authorized to speak on the record.

These experts took the FDA's decision to hold an advisory panel meeting on boosters as a promising sign that their opinions will be heeded, but said a favorable outcome is not guaranteed.

Dr. Jesse Goodman, an infectious disease expert at Georgetown University in Washington and a former chief scientist at the FDA, said the agency will need to go through all the relevant data before Sept. 17 to be ready for the panel meeting.

"We need to see that there is a meaningful boost in antibody levels and there are no red flags," he said.

That will be challenging given that scientists still do not agree on the level of antibodies in the blood that predict vaccine protection, said Norman Baylor, chief executive of Biologics Consulting and former director of FDA’s Office of Vaccines Research and Review.

Much of the drug company argument in favor of boosters hinges on data that show antibodies wane over time and that another shot increases them.

"One of the things that committee members have to struggle with is ... what does this mean?" Baylor said. "You see an increase, but is that increase sufficient? And for how long?"

A fierce debate is expected around whether most Americans should get another shot rather than just those at high risk of severe illness, such as the elderly and those with compromised immune systems.

A Reuters/Ipsos poll https://www.reuters.com/business/healthcare-pharmaceuticals/most-vaccinated-americans-want-covid-19-booster-shots-reutersipsos-poll-2021-09-01 this week found that most vaccinated Americans want the additional dose.

The issue, according to Poland and others, is that the current crop of vaccines were designed to prevent hospitalization and death, which the CDC says they continue to do.

The Biden Administration has taken a cue from Israel, where early data shows that a booster campaign appears to be lowering transmission of the virulent Delta variant, which has begun to cause mostly asymptomatic and mild infections in fully vaccinated people.

Boosters would increase antibody levels, which fight infections. But immune memory from other components of the immune system is what offers protection from severe disease and hospitalization, and that can last for years.

Whatever the United States decides will likely influence decisions about boosters in other parts of the world, said Dr. Amesh Adalja, in infectious disease expert at the Johns Hopkins Center for Health Security.

"I think you'll probably see a trend in high-income countries to boost if the FDA grants them," he said.