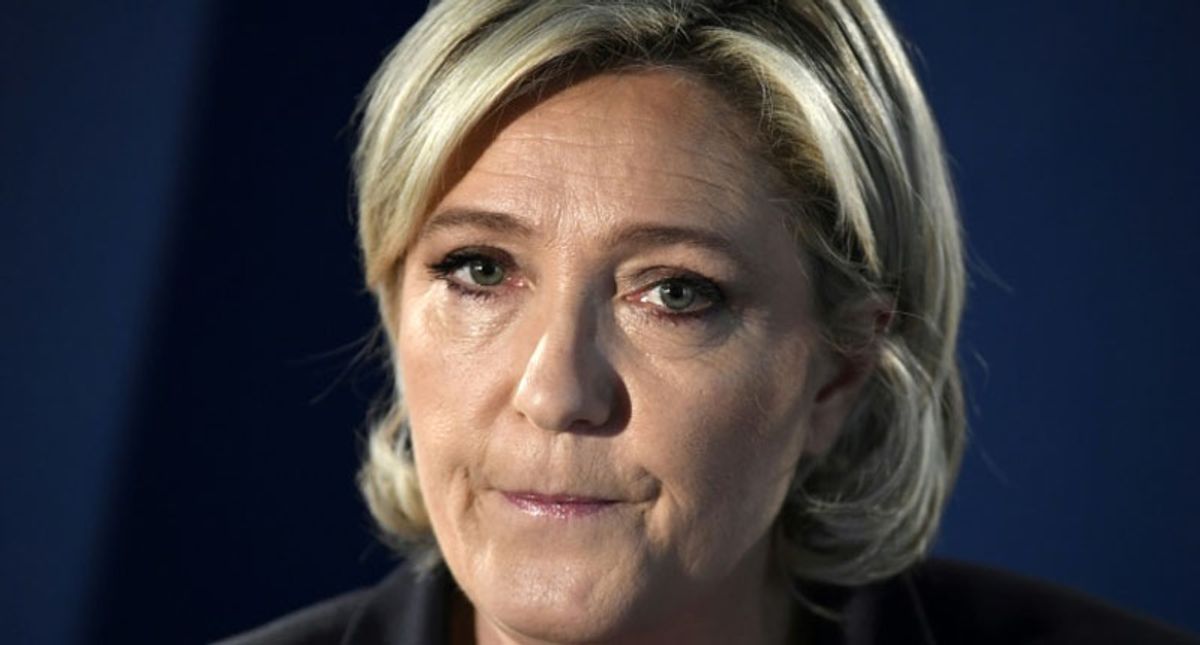 The government of French President Emmanuel Macron reacted with fury Monday after a group of serving French soldiers published an open letter warning that "civil war" was brewing over his "concessions" to Islamism, weeks after a similar message from elements in the military rocked the elite.

The letter, posted on the website of the rightwing Valeurs Actuelles magazine late Sunday, echoes the one published by the same publication last month but appears to have been written by an unknown number of younger troops still in active service.

Interior Minister Gerald Darmanin, a close ally of Macron, condemned the second letter as a "crude manoeuvre" and accused its anonymous signatories of lacking "courage".

But it was welcomed by far-right leader Marine Le Pen, seen as Macron's main rival for next year's presidential election.

She had also been blamed by some in the government over the previous letter, which was signed by a handful of officers and around 20 semi-retired generals.

The authors described themselves as active-duty soldiers from the younger generation of the military, a so-called "generation of fire" that had seen active service.

"They have offered up their lives to destroy the Islamism that you have made concessions to on our soil," they wrote.

They claimed also to have served in the Sentinelle security operation within France, launched after a wave of jihadist attacks in 2015.

They charged that for some religious communities "France means nothing but an object of sarcasm, contempt or even hatred".

"If a civil war breaks out, the military will maintain order on its own soil... civil war is brewing in France and you know it perfectly well," the letter said.

In contrast to the previous missive, the latest letter can be signed by the public, with Valeurs Actuelles saying more than 160,000 had done so by Monday afternoon.

A high-ranking officer in military headquarters told AFP that the armed forces would not let the letter go without a response.

"A firm reminder will be made by the command on the respect of duty," said the officer, who asked not to be named, adding that remaining apolitical was essential for maintaining the military's credibility.

"One can have personal convictions but the armed forces are apolitical and have absolute loyalty to the elected president. If you feel bad you can leave the army with a clean conscience," the officer said.

"I believe that when you are in the military you don't do this kind of thing in hiding," Darmanin told BFM television. "These people are anonymous. Is this courage? To be anonymous?"

Analysts say Macron has tacked to the right in recent months to prevent Le Pen and her National Rally party from exploiting a series of attacks in late 2020 blamed on Islamist extremists who recently immigrated to France.

Civil war "is brewing," responded Le Pen during a visit to western France. "In any case, it is a risk. Of course there is always a risk of civil war," she said, adding that she welcomed the second letter as she had the first.

"It is clearly not a call to insurrection," she said. "Otherwise I would not be supporting it."

Prime Minister Jean Castex had labelled the rare intervention in politics by military figures in last month's letter "an initiative against all of our republican principles, of honour and the duty of the army".