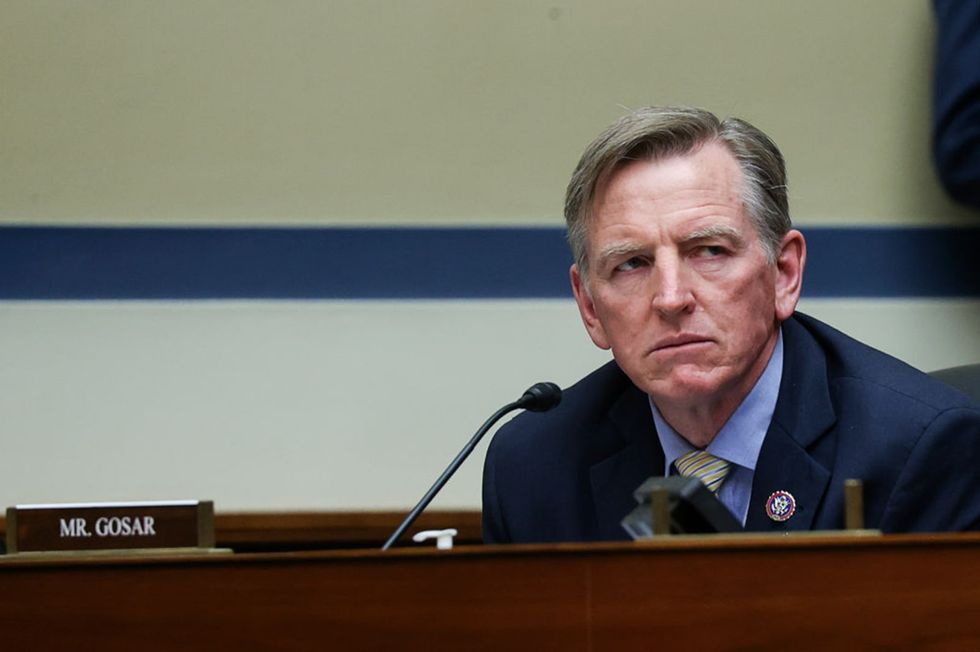 Democratic lawmakers are pushing for the House of Representatives to officially censure a far-right-wing Republican lawmaker who tweeted an anime video depicting him killing Rep. Alexandria Ocasio-Cortez (D-N.Y.) and attacking President Biden. The proposed resolution backed by several colleagues would slap Rep. Paul Gosar (R-Ariz.) on the wrist for posting the shocking altered video showing him as a heroic figure murdering the progressive lawmaker. He also shows himself as a heroic figure slashing Biden. “(It) is a clear case for censure,” the lawmakers wrote. They pointed out that Gosar made ...