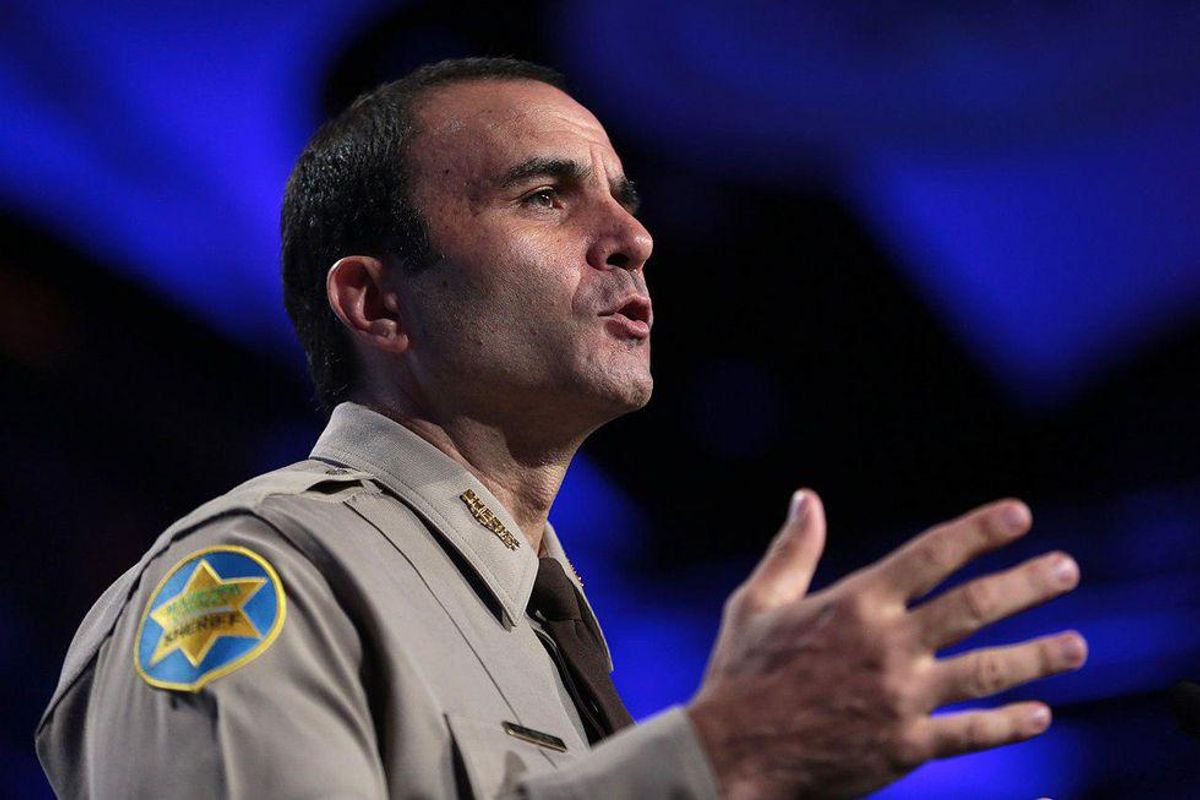 Penzone's criticism comes after Maricopa County failed to provide "certain routers that the state Senate sought in its original subpoenas" of 2020 election material. According to the Arizona Republic, "the county has provided all 2.1 million voter general election ballots, voter information and election equipment in response to state Senate subpoenas," but is warning of a "significant security risk to Sheriff's Office law enforcement data" if the routers are released.

Ken Bennett, who is serving "as a liaison between the Senate and the private contractors overseeing the audit," said auditors want access to the routers because "people that have always suspected something nefarious about elections being connected to the internet."

The Senate is also demanding "passwords to the county's ballot tabulators used on Election Day at voting centers." Bennett said auditors need the passwords so they have "administrative access to voting machines," according to the Arizona Republic.

But County Attorney Allister Adel, in a letter to Bennett, said no such passwords exist. "The county has provided every password, user name and security key in its custody or control, as commanded by the Senate's subpoenas, and does not have any others," Adel told Bennett.

As for the routers, Sheriff Penzone in his statement said "access to this information would adversely affect the Maricopa County Sheriff's Office ability to protect critical evidence, data shared between law enforcement agencies, protected private information and individual passwords, all of which could be used to the detriment of citizens and law enforcement infrastructure."

Such a move "puts sensitive, confidential data belonging to Maricopa County's citizens — including social security numbers and protected health information — at risk as well," Adel wrote in that letter to Bennett.

Republican Supervisors Chairman Jack Sellers likewise said releasing the routers would "cripple County operations and cost as much as $6 million."

Penzone also suggested the Senate is misrepresenting tropes of "transparency and accountability" in an effort to secure the routers.

Per the Arizona Republic:

The sheriff said transparency and accountability are democracy's foundation. "But when these words are misrepresented, it defies the fragile balance that exists between freedom and order and all that we believe in."