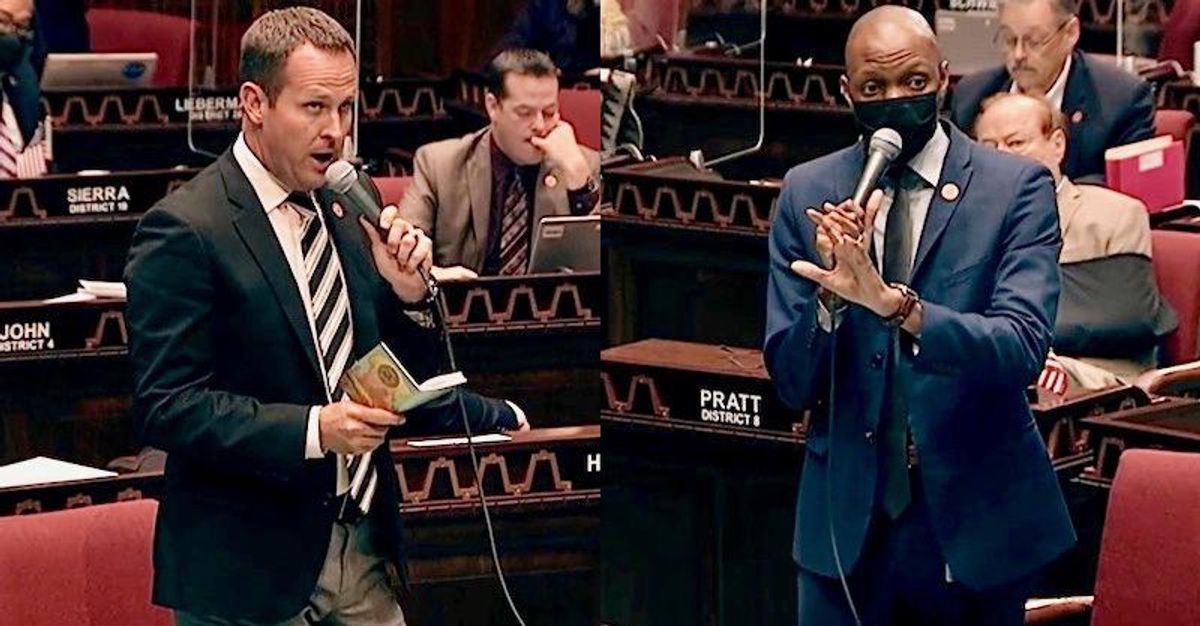 "I feel personally that motives were arraigned of members, including myself, with regards to colored people, Black people, whatever people this individual wants to single out, in their ability to vote, and I think it's incorrect," Grantham, who is 42-years old, charged.

"I think he should be sat down and he shouldn't be allowed to speak," he added, seemingly treating his colleague as a child.

The term "colored people" is racist, a slur, and dates back to the Jim Crow era of the late 19th and early 20th centuries.

Grantham was citing a House rule that says no member shall "use language that is personally offensive."