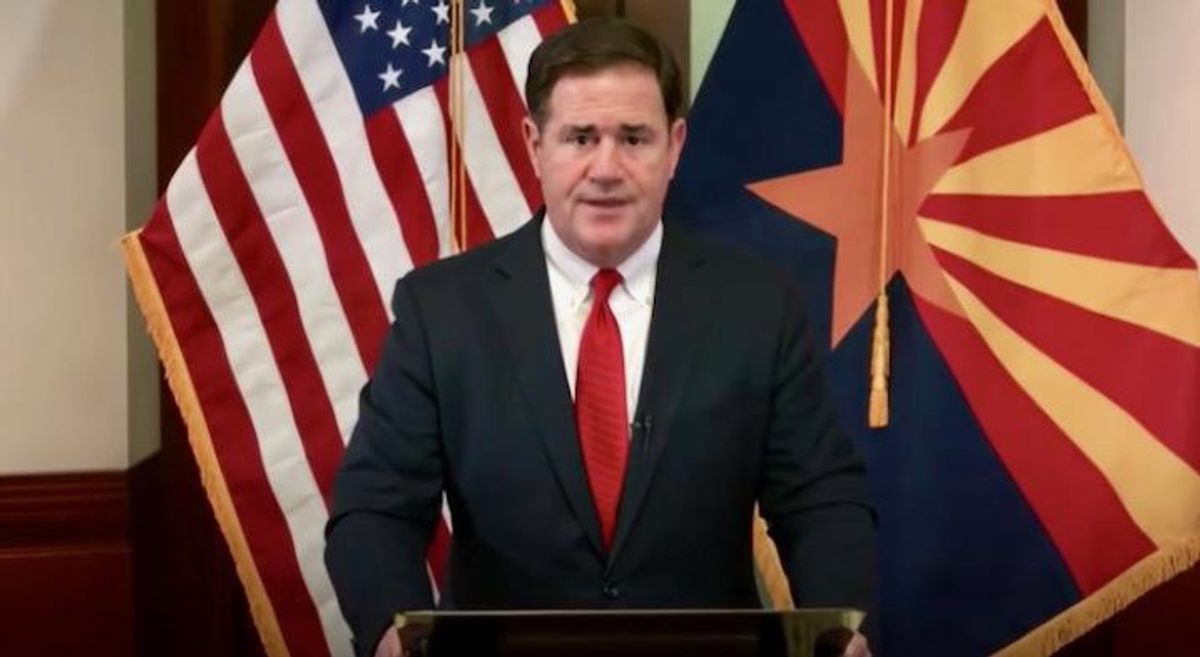 Five months after the 2020 presidential election and three months into Joe Biden's presidency, Republicans in the Arizona State Senate are using a Florida-based firm, Cyber Ninjas, to conduct an audit of votes in Maricopa County (which includes Phoenix). And attorneys for the company, according to the Arizona Republic, are asking a judge to keep its procedures for the audit secret and exclude the public and the media from a hearing where documents pertaining to the recount might be discussed.

The Arizona Republic's Andrew Oxford reports that Judge Christopher Coury, on Friday, asked Cyber Ninjas to turn over its plans and procedures for the audit, but attorneys for the company said that filing the documents publicly would compromise the audit's security. And Cyber Ninjas believe the documents enjoy legislative privilege because the company is conducting the audit at the request of the Arizona State Senate.

Coury has since recused himself from the case, and a new judge will need to be assigned to it.

Meanwhile, the Arizona Democratic Party and Maricopa County Supervisor Steve Gallardo have filed a lawsuit against the Arizona State Senate to stop the audit altogether and argue that it violates the state's election laws.

According to Oxford, "The prospect that a court might block voters from seeing how their ballots will be handled during the unprecedented undertaking adds to mounting concerns about its transparency, given that its funders remain a mystery and news briefings were immediately placed on an indefinite hiatus."

Oxford quotes Roopali Desai, an attorney representing the Arizona Democratic Party, as saying, "This is a simple case that asks for simple relief: that agents of the Arizona Senate who purport to be conducting an 'audit' of Maricopa County's election results follow state law and ensure the safety and security of ballots, voting equipment, and voters' personal information."

Arizona, which was deeply Republican in the past, has evolved into a swing state in recent years — and Biden was the first Democrat to win Arizona in a presidential election since President Bill Clinton in 1996. Although Republican Arizona Gov. Doug Ducey supported former President Donald Trump in the 2020 election, he acknowledged Biden as president-elect after he won and certified the Electoral College results in his state — much to Trump's chagrin. Ducey has maintained that Biden won Arizona fair and square, but some far-right Republicans in Arizona, including those in the Arizona Senate, have promoted Trump's false and totally debunked claims of widespread voter fraud.

Cyber Ninjas' Maricopa County audit is being livestreamed by One America News Network, a right-wing cable news channel that prides itself on being to the right of Fox News.