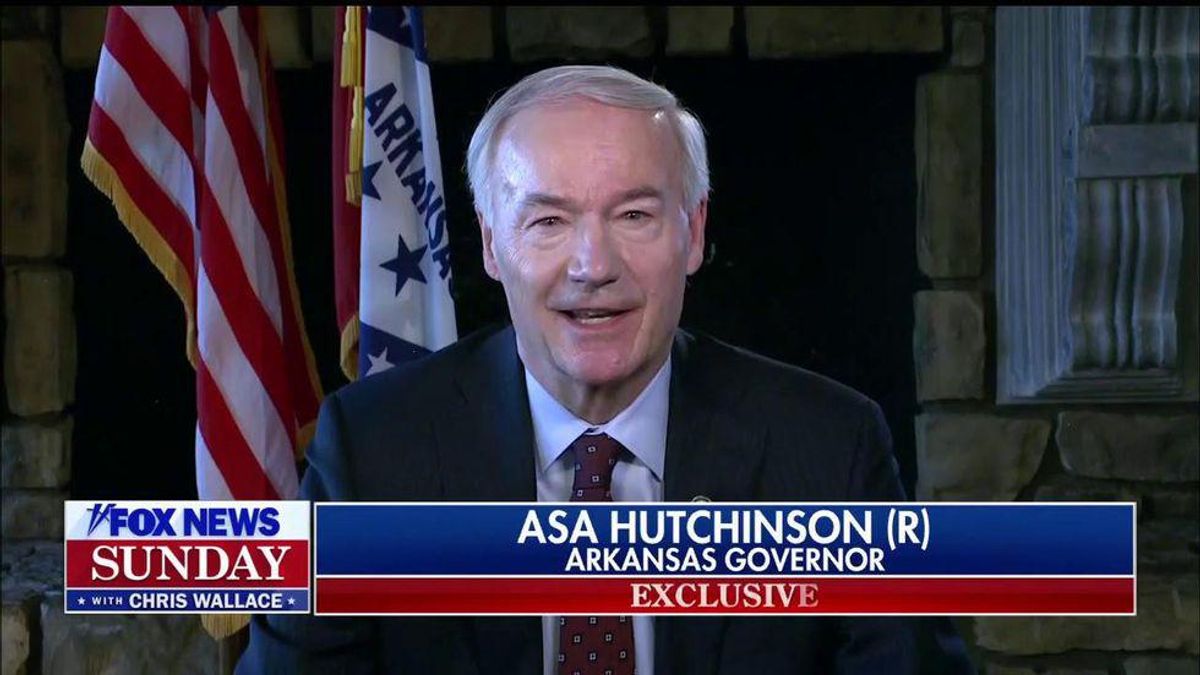 Arkansas Republican Governor Asa Hutchinson Friday afternoon signed into law a bill designed to give medical professionals, hospitals, insurance companies, and other medical providers – including students – legal protections to discriminate against LGBTQ patients while claiming they have a religious or moral right of "conscience" to do so. SB 289, the “Medical Ethics and Diversity Act," is a sweeping law that could have devastating implications on the health and well-being of every LGBTQ person in the state.

SB 289 is sponsored by Republican state Senator Kim Hammer, a Missionary Baptist preacher and hospice pastor who earlier this year declared war on Democrats after then-President Donald Trump had been impeached.

As NCRM reported earlier, when Hutchinson's "Medical Ethics and Diversity Act" goes into effect this summer a physician could refuse to treat a transgender person, a mental health professional could end treatment with a young teenager who just revealed to them he is gay, a pharmacist could refuse to dispense contraceptive medication even if prescribed for non-pregnancy-related illnesses, and a student nurse could refuse to assist with an abortion, even if it were medically necessary to save the life of a woman.

But that's not all. The new law is so broad that it allows hospitals and even insurance companies to refuse service for – including refusing to pay for – anything their polices claim violates their conscience. Catholic hospitals for decades have been refusing to allow abortions to be performed, but now an insurance company could refuse to pay for HIV medications, or even PrEP. They could refuse to pay for gender confirmation surgery.

Gov. Hutchinson signed the possibly unconstitutional legislation less than a day after signing another anti-LGBTQ bill into law, one that bans transgender girls and women from playing women's sports.

Hutchinson, who is possibly considering a 2024 presidential run, is term limited and will be out of office after the 2022 election.

Last week the governor signed into law an anti-abortion bill he fully admits was designed to go to the Supreme Court in a far right wing effort to kill Roe v. Wade,

Hutchinson back in 2015 signed into law an anti-LGBTQ "religious freedom" law he himself had called “divisive," after having a small portion of the language changed. That same year Gov. Hutchinson allowed a bill prohibiting towns from enacting non-discrimination ordinances to become law.