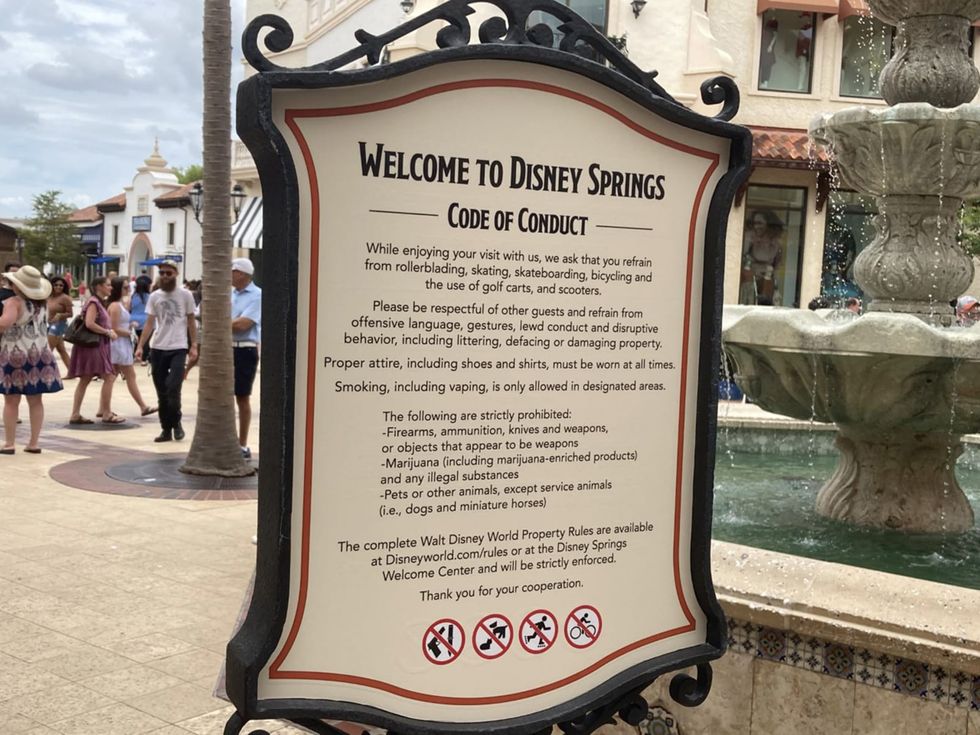 A sign posted outside the Disney Springs Lime Garage lists the rules-- including no weapons allowed on property. - Orlando Sentinel/TNS

ORLANDO, Fla. — Planning to go to a firing range later, Mustafa Alameen, an Iraqi immigrant, said he forgot he had 100 rounds of ammunition and a handgun in an otherwise empty stroller when he arrived at Disney Springs this year. The 21-year-old stepped through the security detector and when an alarm went off, he realized his mistake. But it was too late, and he was arrested. Disney World, the biggest theme park resort on the planet, has seen a spike of people arrested and charged with carrying concealed firearms over the past year, despite being closed for months and operating at reduced capa...