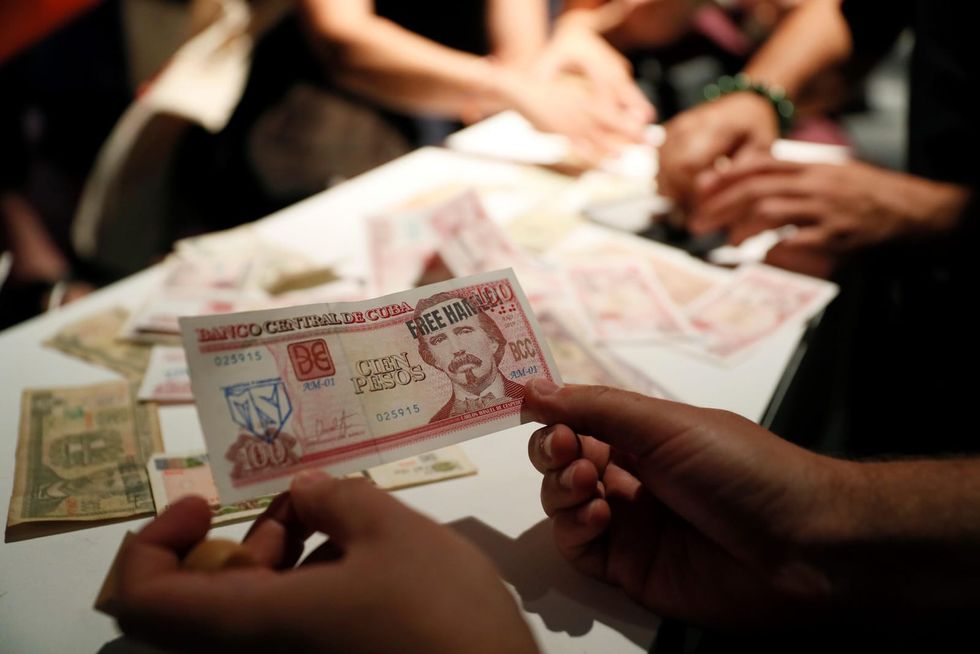 People take part in an event to create tickets printed with the face of imprisoned Cuban artist Hamlet Lavastida in order to ask for his freedom, in Madrid, Spain, on July 8, 2021. - Mariscal/EFE/Zuma Press/TNS

Cuban visual artist Hamlet Lavastida, detained for more than two months in Villa Marista, the feared Cuban state security headquarters in Havana, could have written the script about his arbitrary arrest. Lavastida, who has exhibited his work deconstructing Cuba’s state propaganda and repressive tactics in major international galleries, earlier this year told Hypermedia magazine he found a clear connection between the Stalinist trials and the current repression against independent artists in Cuba. Cuba “is a police state,” Lavastida told the magazine. Then he got a firsthand experience of what ...