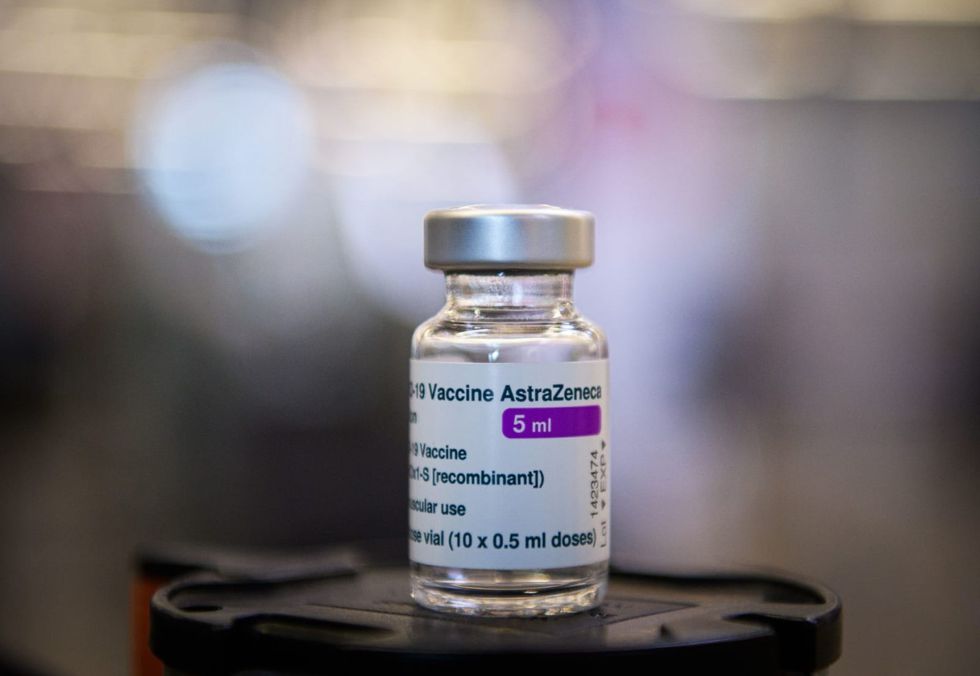 Astrazeneca - A new study has added to evidence that there is no increased risk of blood clot from the AstraZeneca vaccine. - Soeren Stache/dpa

Concerns of a risk of blood clot from the AstraZeneca vaccine have been dismissed by a major new trial of more than 30,000 people in three countries, concluding there is no increased risk of thrombosis from the jab.

AstraZeneca said on Monday that an independent group of experts had raised no safety concerns and also found that the jab was 79 per cent effective in preventing a symptomatic coronavirus infection.

The company also said no cases of blood clots in the brain, known as sinus thrombosis, were found.

Reports of blood clots coinciding with vaccinations appear to have undermined the public trust in the British-Swedish vaccine.

According to a recent YouGov poll, In Germany, Italy and Spain more respondents now perceive the AstraZeneca vaccine to be unsafe rather than safe. In all three countries this was not the case just two or three weeks prior.

Authorities hope these results, along with similar findings from the WHO and the European Medicines Agency, will allay concerns in countries vaccinating with, and preparing to use, the AstraZeneca jab.

Earlier in March, several European countries temporarily suspended the use of the drug after reports of blood clots in people who had received the vaccination.

The newly released phase III study was carried out on around 32,500 people in the US, Chile and Peru and also confirmed the high effectiveness of the Corona vaccine, the British-Swedish company emphasised.

The vaccine protects against Covid-19 with an efficacy of 79 per cent, and in people aged 65 and older this value is even 80 per cent.

This means that among the older test persons in a vaccinated group, the disease occurred 80 per cent less than among those in a control group.

The vaccine was even found to be 100 per cent effective in preventing a serious or fatal case of Covid-19, AstraZeneca said.

The vaccine, called AZD1222, was developed by AstraZeneca in collaboration with Oxford University and has been widely used in the UK since January.

Long before the COVID-19 pandemic and the concomitant vaccine, the anti-vaccination movement was mainly identified with one very specific myth: the idea that vaccines cause autism.

Aside from being patently offensive to neurodiverse and autistic people (including this writer), version 1.0 of the anti-vax movement was also dangerous because its adherents made it easier for infectious diseases to spread. This wasn't just a theoretical fear: local measles outbreaks in places like Disneyland that occurred increasingly throughout the 2010s were tied to the increasing number of anti-vaxxers, who had collectively lowered the herd immunity numbers for diseases like measles which were once nearly eradicated in the United States.

Marjorie Taylor Greene is demonstrating 'the depth of power she has over Kevin McCarthy': Politico reporter

Appearing on CNN on Saturday morning, Politico's Rachael Bade explained that House Minority Leader Kevin McCarthy's overwhelming desire to become the leader of a Republican Party-dominated House has put him at the mercy of the demands and whims of extremist Rep. Marjorie Taylor Greene (R-GA).

As the plans for the 2022 midterm elections ramp up, and political prognosticators are saying a GOP House takeover is highly likely, McCarthy's path to staying leader is not certain with the far-right wing of the party balking at just handing the California Republican the gavel.