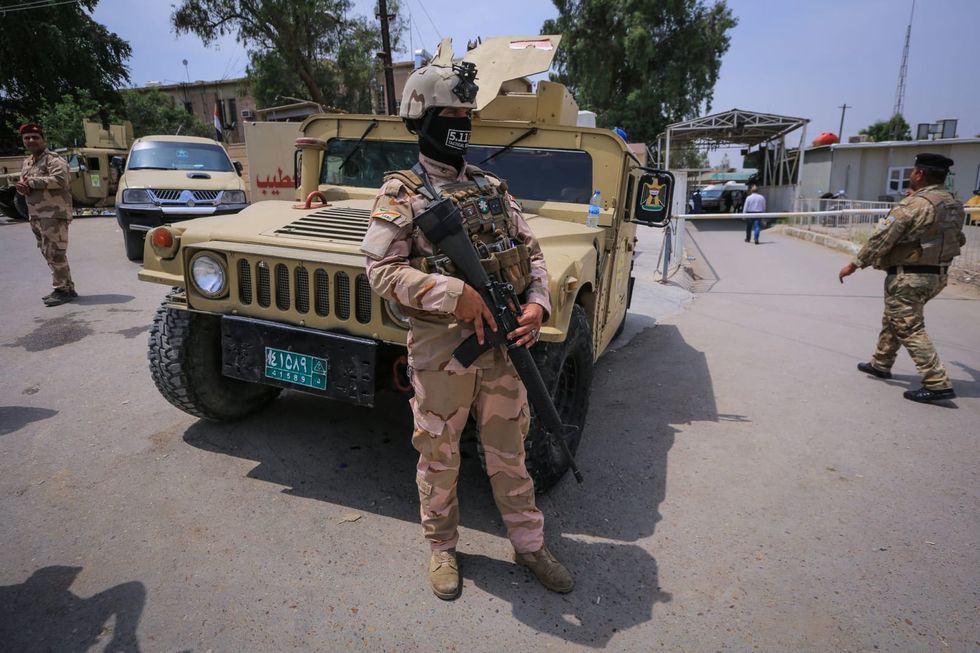 Aftermath of fire at Covid-19 hospital in Baghdad - Iraqi Security forces stand guard outside Ibn al-Khatib Hospital, where a fire broke out early Sunday. According to the Iraqi Interior Ministry, 82 people died and some 110 others were injured in the early Sunday blaze at the Ibn al-Khatib Hospital that looks after Covid-19 patients in south-eastern Baghdad. - Ameer Al Mohammedaw/dpa

A huge fire swept through a hospital for Covid-19 patients in the Iraqi capital Baghdad on Sunday, killing at least 20 people, rescuers said.

Some 90 others were rescued from the blaze at the Ibn al-Khatib hospital in south-eastern Baghdad, the chief of the civil defence service, Major General Kadhem Buhan, said. He did not give a specific number of dead, in remarks to state news agency INA.

The cause of the fire is not clear yet, according to the official, although it is known that it started in an intensive care unit.

Some attributed it to an electric short circuit while others said it was caused by faulty oxygen devices, INA reported.

Firefighting teams managed to bring the fire under control and had extinguished it, the agency added.

Prime Minister Mustafa al-Kadhem ordered an urgent investigation and the detention of the hospital director as well as its security and maintenance officials pending the inquiry.

"Frankly speaking, this incident harms Iraqi national security," he said at an emergency meeting with senior Iraqi officials early Sunday, according to INA.

Al-Kadhem ordered the dead in the fire to be regarded as "martyrs," a designation that entitles their families to financial rights.

"Today, martyrs have fallen as a result of carelessness. If we do nothing, others will fall tomorrow," he said in a statement.

Iraq has had more than 1 million virus cases, becoming the Arab country with the highest infection tally.