Auschwitz survivor Esther Bejarano dies at the age of 96 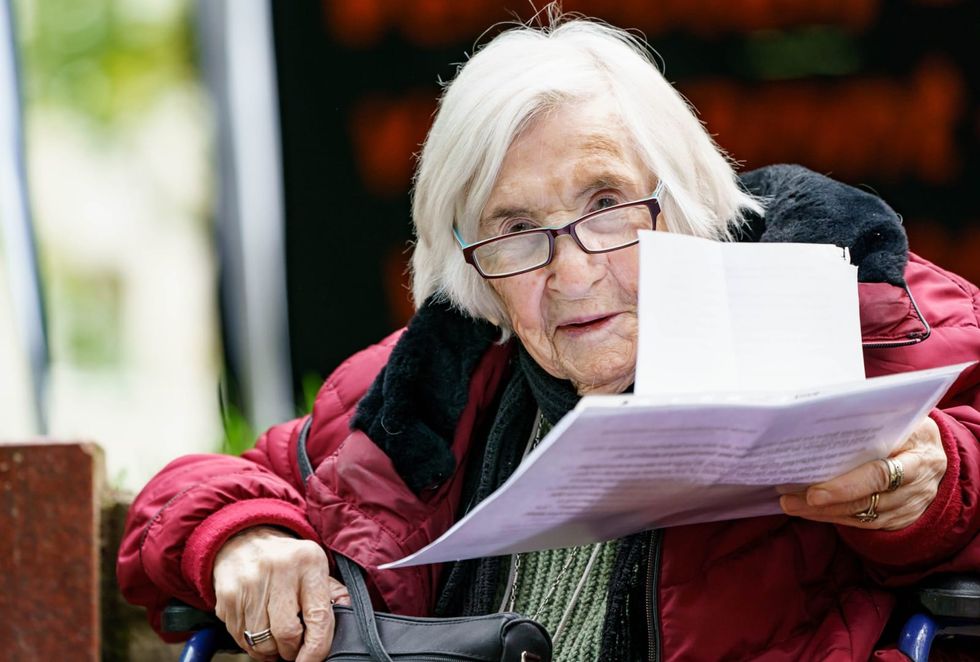 Esther Bejarano, a Jewish woman who survived Auschwitz concentration camp by playing in the girls' orchestra, has died at the age of 96 in Hamburg, her adopted home.

Helga Obens, a member of the Auschwitz Committee board, confirmed her death on Saturday.

Bejarano died quietly in her sleep in the early hours of the morning at the Israelite Hospital, Obens told dpa.

"She did not suffer," said Obens, a close friend of Bejarano.

Tributes flowed in for Bejarano.

Foreign Minister Heiko Maas called her an "important voice in the fight against racism and anti-Semitism" in a tweet. "The wonderful Ester Bejarano won people over with her vitality and incredible story. Her voice will be missed," he wrote.

Bejarano campaigned against right-wing extremism and xenophobia for decades and received numerous awards for her activism.

She sang Jewish and anti-fascist songs, together with her son Joram and daughter Edna. They recently toured Germany with the hip-hop band Microphone Mafia.

Bejarano was born on December 15, 1924 in Saarlouis, the daughter of a Jewish senior cantor.

Her parents were murdered by the Nazis in Lithuania in 1941, while she was imprisoned and subject to forced labour, before being deported to Auschwitz in early 1943.

Her ability to play the accordion saved her life as she played in the camp's girls' orchestra.

She emigrated to Israel after the war, but returned to Germany with her husband in 1960.

She set up the group Coincidence in the early 1980s together with her son and daughter, and they performed music from the ghetto, and Jewish and anti-fascist songs.

She received numerous awards for her artistic activities, including the cit yof Hamburg's Biermann-Ratjen medal, the Carl von Ossietzky medal awarded by the International League for Human Rights and the Federal Cross of Merit.