Australian election campaign kicks off with opposition ahead in polls 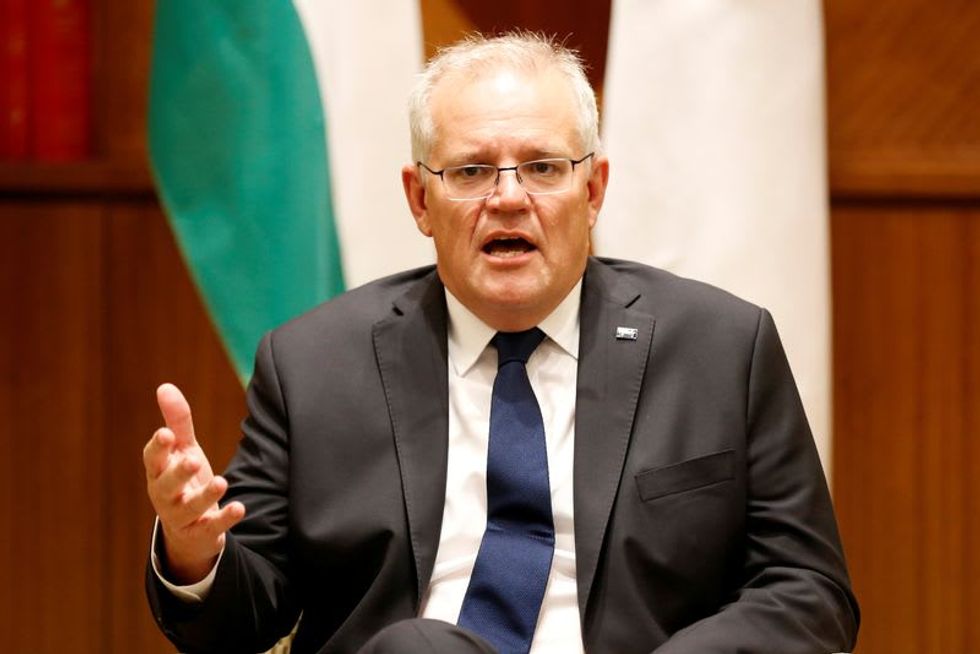 SYDNEY (Reuters) -Australian Prime Minister Scott Morrison's government could lose the federal election to be held on May 21, according to polls on Monday, even as they showed him consolidating his position as the country's preferred leader on the first day of campaigning.

A Newspoll survey conducted for The Australian newspaper showed Morrison gaining a point to 44%, while opposition leader Anthony Albanese falling 3 points to 39%, the largest lead the prime minister has held over his rival since February.

But the poll said Morrison's conservative Liberal-National Party coalition, with a one-seat majority in the lower house of parliament, could lose 10 seats to Albanese's centre-left Labor in a campaign set to focus on cost-of-living pressures, climate change and questions over the major parties' competence.

A separate survey for the Sydney Morning Herald newspaper on Monday predicted the ruling coalition could lose at least 14 seats, including some previously deemed safe in resource-rich Queensland and Western Australia states. A win for Labor would see it back in power for the first time since 2013.

All 151 seats in the lower house will be up for election. Morrison's Liberal-National coalition holds 76, Labor 68 and seven are held by minor parties and independents.

Morrison kicked off his election campaign from the marginal seat of Gilmore in New South Wales - a narrow Labor gain from the Liberal Party in the last election in 2019 - as he prepares to spend six weeks on the road before the vote.

"This election ... is about a choice," Morrison said during a media briefing on Monday, describing Albanese's leadership as "untested and unknown".

"It's a choice between strong economic management and strong financial management ... that contrasts to a Labor opposition who Australians know can't be trusted to manage money."

Albanese dismissed Morrison's attacks on his experience as a leader saying he was "ready to govern", but fumbled answers to questions from reporters about Australia's interest rates and jobless numbers.

"The national unemployment rate at the moment is, I think it's 5.4% ... sorry, I'm not sure what it is," Albanese said, speaking during a media conference in Tasmania.

Australia's unemployment rate dipped to 4.0% in February, several months ahead of central bank forecasts as the economy rebounds, and looks certain to fall into the 3% range for the first time since the early 1970s.

Morrison has been touting his government's handling of the economy after the emergence of the coronavirus and a faster rebound helped by the lifting of most COVID-19 restrictions despite the threat from the Omicron variant.

Recovery has also been boosted by surging prices for natural resource commodities, of which Australia is a major exporter.