Women in charge: Avril Haines takes the reins of a beleaguered and skeptical intelligence community 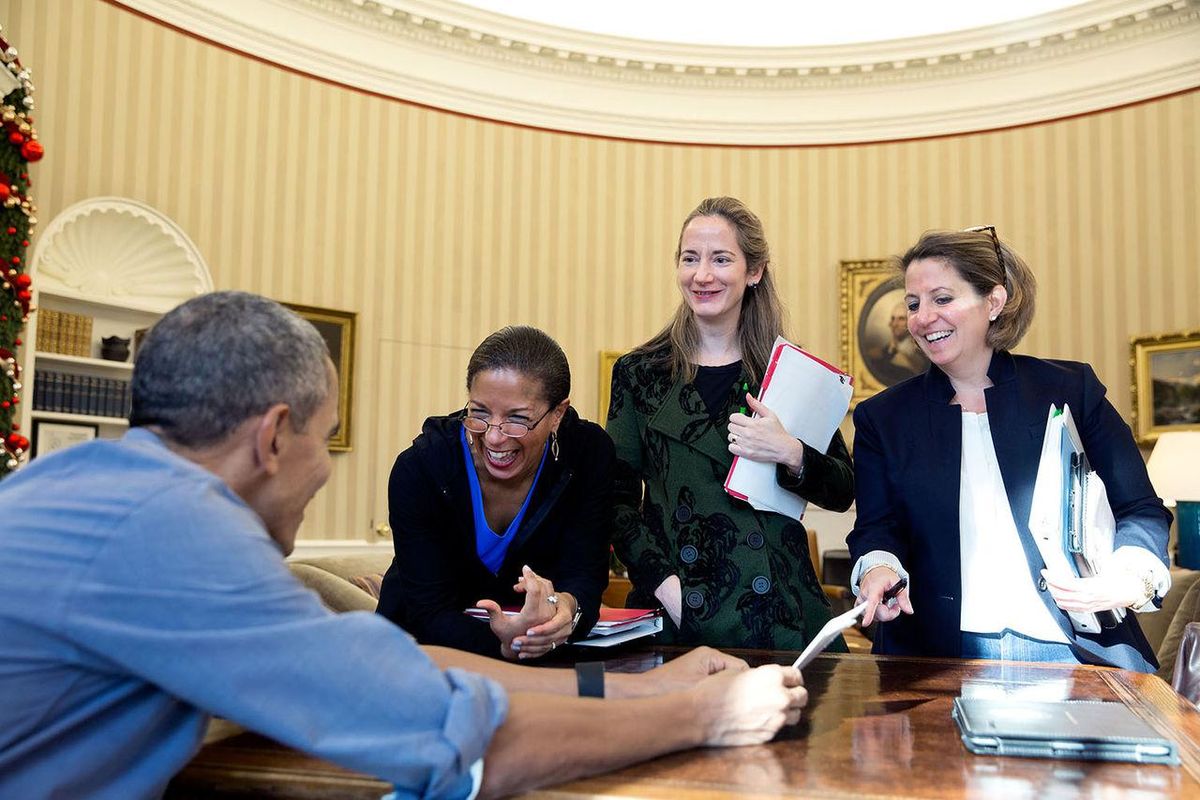 In the history of the United States, no presidential cabinets have ever matched the gender or racial balance of the country. But America could soon see its most diverse cabinet ever with the first Native American cabinet secretary; first Latino homeland security chief; first openly gay cabinet member and more. In three departments, Treasury, Defense and Veteran's Affairs, there has never been a woman in charge — until now. Altogether, Biden has announced 12 women in his cabinet, the most ever.

Raw Story is proud to reproduce "Table for 12" --- the legendary Pat Mitchell's series profiling these women.

Director of National Intelligence Avril Haines became the first of President Joe Biden's Cabinet nominees to be approved by the Senate on his very first day in office. Haines, 51, is the first woman to lead the intelligence community, directing a total of 17 agencies and organizations, and serving as the principal advisor to the president, the National Security Council, and the Homeland Security Council for intelligence matters related to national security.

The Office of the Director of National Intelligence (or the ODNI) was created in the wake of 9/11 to help coordinate intelligence across all departments. During the past four years, the ODNI and the intelligence community was under constant fire from the president. At her confirmation hearing, Haines told senators that she was committed to telling the truth to her boss, no matter the political consequences, saying, "When it comes to intelligence, there is simply no place for politics — ever."

Haines takes the reins of a beleaguered and skeptical intelligence community. So skeptical, in fact, that the White House is considering denying the former president access to routine intelligence briefings and classified information as a private citizen. According to CNN:

Before becoming director, Haines served as principal deputy national security advisor, legal advisor and assistant to the president under the Obama administration. She was also the first woman deputy director of the CIA from 2013 to 2015.

When that appointment was announced, a 2013 Newsweek profile entitled "The Least Likely Spy," outlined Haines' interesting and unusual backstory.

Haines grew up in Manhattan and spent her teenage years caring for her sick mother, an artist who suffered from a debilitating lung disease. Her mother died when Haines was 16. After high school, she took a gap year and traveled to Japan to study judo at Tokyo's Kodokan Institute, where she earned a brown belt.

She enrolled in the University of Chicago to study theoretical physics and, in order to make ends meet, worked as a car mechanic, rebuilding engines to earn extra cash in her off-hours. After a bicycle accident landed her in the hospital, she decided to pursue a dream she had to fly across the Atlantic. She bought a 1961 Cessna, rebuilt its communications equipment herself and signed up for flying lessons.

She and her flight instructor set a course to fly from Maine to Europe, but icy weather forced an emergency landing in Newfoundland, and they never completed the journey. Instead, they fell in love and moved to Baltimore. She planned to return to school. But when she saw an ad in the paper for a Fells Point bar-brothel that had been seized in a drug raid that was being auctioned off, she pursued yet another dream. She sold the Cessna, took out a loan, bought the building and opened Adrian's Book Café, named for her mother. 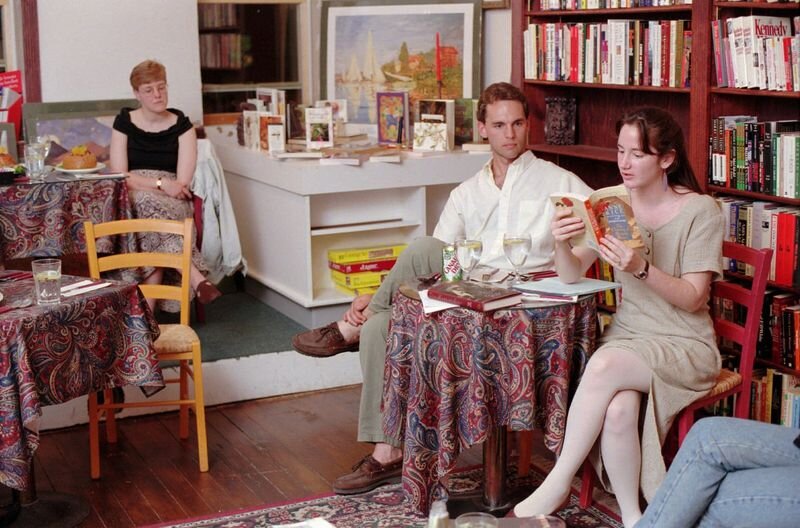 The cafe took off, becoming a successful business and Haines became involved in Fells Point as a community organizer. The neighborhood was gentrifying and many longtime residents were being squeezed out. Haines realized that her activism would benefit from a law degree, so she sold the bookstore and entered Georgetown University Law School.

It was there that she honed her interest in human rights and international law, charting the course for her future at the State Department, CIA and now at the helm of the intelligence community.

Early in her DC career, she distinguished herself at the Treaty Affairs Office when she led a team of lawyers in writing reports to Congress on the hundreds of clandestine agreements made between the Bush administration and foreign governments that allowed the CIA to set up black sites to harshly interrogate suspected terrorists.

Critics of Haines point to her work in the Obama administration. She wrote the playbook that established the rules and standards for targeted killings in the controversial drone strike program. And in 2015, she overruled the CIA inspector general who recommended disciplinary actions against agents who had hacked into the Senate Intelligence Committee computers during the writing of the Torture Report. When the report was completed, Haines had the job of redacting it. "By the time she was done," reports The Guardian, "only 525 pages of the 6,700 total were released."

At the same time, Haines also has garnered praise from former colleagues. Known for her long hours and dedication to her work, they say that she is not shy about speaking truth to power, playing an "important role in limiting the use of drones, challenging top officials in the Obama administration to prove that a target represented a genuine threat."

As Daniel Klaidman noted in that 2013 Newsweek profile, "Ask around about Haines, and colleagues will often describe some character traits not usually associated with the CIA—or, for that matter, with rapid ascent inside the Beltway: a sweet personality, humility bordering on shyness, a deep empathy for others. 'She may quite literally be the nicest person any of us have ever met,' [said] Deputy National Security Adviser Benjamin Rhodes, who has worked closely with Haines."

The elevation of a woman to the top position is one that many within the intelligence community are celebrating. Rollie Flynn, a former CIA agent who spent three decades at the agency, told NPR: "Having myself come up in the days when there weren't very many women in leadership positions, to me it's very significant," said Flynn, now the president of the Foreign Policy Research Institute in Philadelphia. "There are so many women who for years have been capable of holding those jobs. And so I think to actually see that come to fruition is a terrific thing."

He's not alone in his support. The Senate confirmed Haines by a vote of 84-10, an overwhelming show of bipartisanship. That, in itself, is reassuring, given that national intelligence must be above politics... and beyond gender or race.

Ms. Haines, a heartfelt feminist welcome to the table.

The Conversation
The images and reports coming from Israel, Jerusalem and Gaza in recent days are shocking. They are also surprising to those who thought the 2020 Abraham Accords and subsequent agreements to normalize relations between Israel and the United Arab Emirates, Bahrain, Morocco, and Sudan would place the conflict between Israelis and Palestinians permanently on the backburner.

As someone who has been writing and teaching about the Middle East for more than 30 years, I had no such illusions. The reason for this is that at its heart, the so-called “Arab-Israeli conflict" has always been about Israelis and Palestinians. And no matter how many treaties Israel signs with Arab states, it will remain so.

In a phone call on May 12, President Joe Biden assured Israeli Prime Minister Benjamin Netanyahu of his “unwavering support for Israel's security and for Israel's legitimate right to defend itself and its people." Biden was referencing the rocket attacks on Israel launched by Hamas, the Islamist group that governs Gaza. By targeting civilians, Hamas is committing a war crime. In all probability, so is Israel, by bombing and shelling Gaza.

The Conversation
While U.S. Secretary of State Antony Blinken draws attention to climate change in the Arctic at meetings with other national officials this week in Iceland, an even greater threat looms on the other side of the planet.

New research shows it is Antarctica that may force a reckoning between the choices countries make today about greenhouse gas emissions and the future survival of their coastlines and coastal cities, from New York to Shanghai.

That reckoning may come much sooner than people realize.