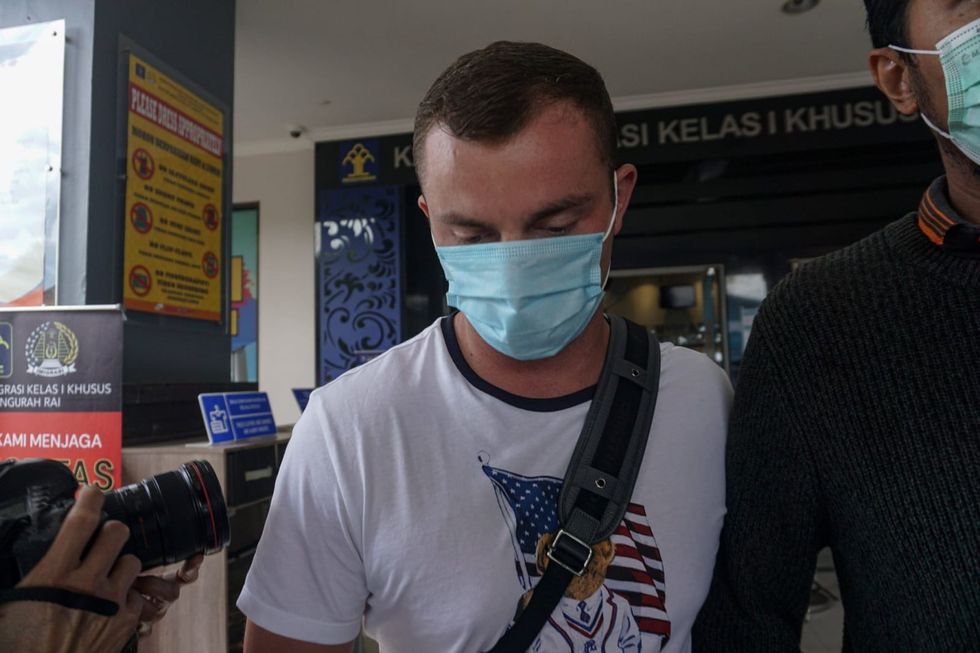 Foreigners deportation in Bali - Irish citizen, Murray Ross, is being deported from Bali for flouting mask and quarantine rules amid a surge of COVID-19 cases that has brought the health system to near collapse. - Dicky Bisinglasi/ZUMA Wire/dpa

Indonesia has ordered four foreigners in Bali to leave the country for flouting mask and quarantine rules amid a surge of Covid-19 cases that has brought the health system to near collapse.

Two of the four tourists - an American and an Irish citizen - were deported on Monday, while the two others - both Russians - will be sent home after they have completed their quarantine periods, said the head of Bali's immigration department, Jamaruli Manihuruk, on Monday.

One of those to be deported was caught leaving her hotel despite a quarantine order after she tested positive for Covid-19 on arrival, Manihuruk said.

Hospitals across the islands have been forced to turn away patients, with some facing oxygen shortages.

Indonesia has reported an average 35,000 cases and 840 deaths daily in the past seven days, according to Health Ministry data.

On Monday, the country recorded 40,427 cases, the highest daily jump so far, taking the total number of confirmed infections to 2,567,630, the Health Ministry said.

Another 891 fatalities in the past 24 hours brought the virus-related death toll to 67,355.

Experts said the real figures are likely to be much higher because of low levels of testing and tracing.

The official in charge of the country's coronavirus measures, Luhut Pandjaitan, said he expected cases to go down next week.

"Maybe next week if things go as expected we will see a flattening of the curve and things will be under control," he said at a news conference.