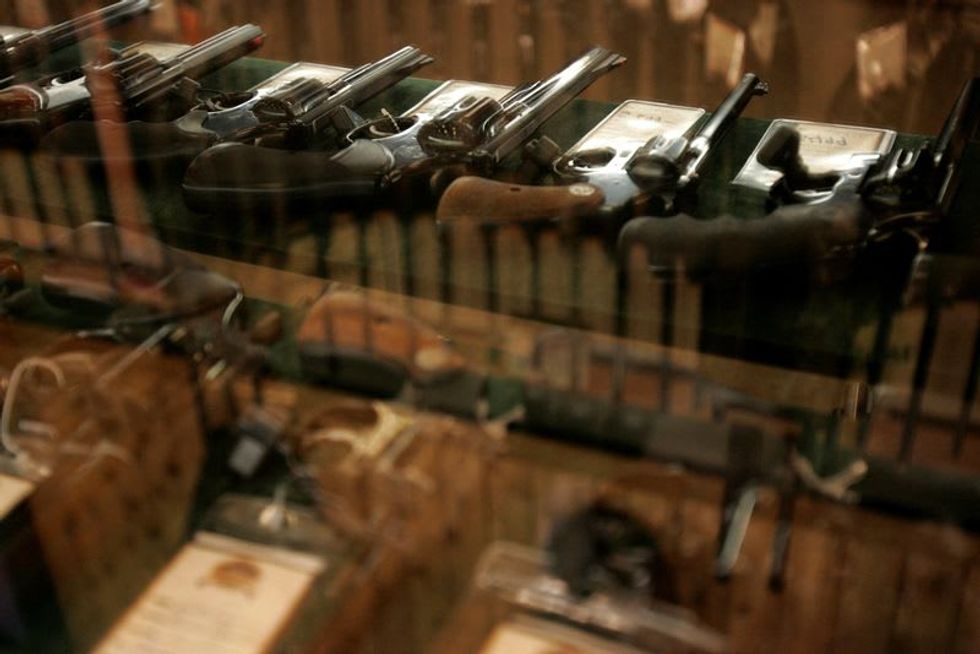 (Reuters) - A federal judge in West Virginia has ruled that a federal ban on possessing a gun with its serial number removed is unconstitutional, the first such ruling since the U.S. Supreme Court dramatically expanded gun rights in June.

U.S. District Judge Joseph Goodwin in Charleston found Wednesday that the law was not consistent with the United States' "historical tradition of firearm regulation," the new standard laid out by the Supreme Court in its landmark ruling.

A lawyer for Price and a spokesperson for the office of U.S. Attorney William Thompson in Charleston, which is prosecuting the case, did not immediately respond to requests for comment.

Serial numbers, first required by the federal Gun Control Act of 1968, are intended to prevent illegal gun sales and make it easier to solve crimes by allowing individual guns to be traced.

Price argued that the law is unconstitutional in light of the Supreme Court's June 24 ruling in New York State Rifle & Pistol Association Inc v. Bruen. That ruling held that under the Second Amendment of the U.S. Constitution, the government cannot restrict the right to possess firearms unless the restriction is consistent with historical tradition.

Bruen said serial numbers were not required when the Second Amendment was adopted in 1791, and were not widely used until 1968, putting them outside that tradition.