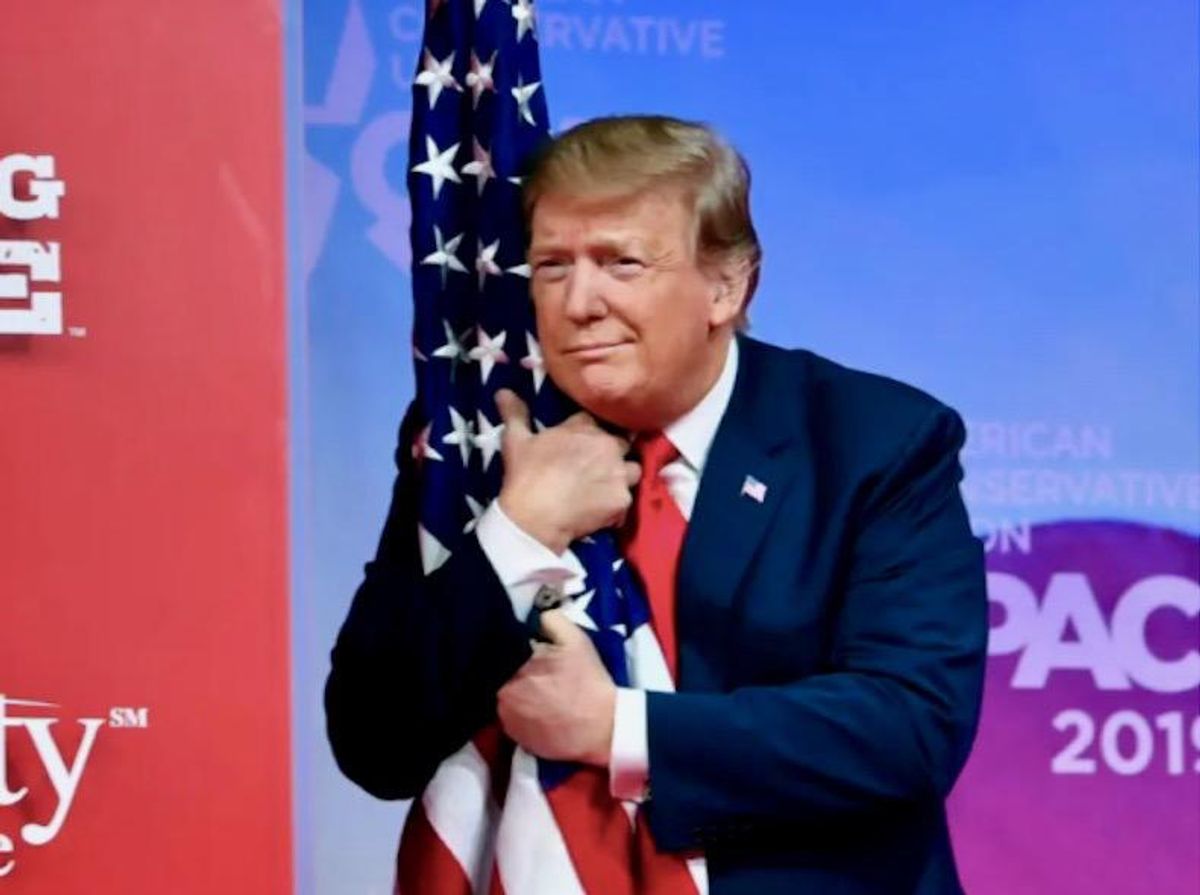 Brace yourself for Donald Trump 2.0, America. The ex-president returns from political hiatus Sunday seeking to regain control of a Republican Party that is out of power and pondering whether the flawed billionaire can win again in 2024.

After losing the Senate and White House, and failing to retake the House of Representatives, a US political party would normally lick its wounds, jettison its failed leader and chart a new path forward to claw back relevance.

But Trump is a singular force who maintains a vice grip on the Republican base, and all eyes will be on the 74-year-old showman when he addresses the Conservative Political Action Conference and teases attendees about his political future.

The speech, his first post-presidential address, comes on CPAC's final day in Orlando, Florida where he is expected to be enthusiastically received at the nation's largest gathering of conservatives.

But is he still the party's uncontested leader, despite losing to Joe Biden? Or is Trump a twice-impeached has-been who left Washington in shame, banned from Twitter and accused of inciting a January 6 insurrection at the US Capitol?

While Trump has largely kept to himself at his Mar-a-Lago estate in Florida, after spending months promoting the falsehood that the election was stolen, strategists and many lawmakers say he remains the dominant conservative political force.

"President Trump is the leader of the Republican Party," congressman Jim Jordan declared Wednesday on Twitter.

A source familiar with Trump's plans said the former president will be "talking about the future of the Republican Party" at CPAC and will criticize some of Biden's new policies.

But a Trump 2024 announcement may not come at CPAC, which starts Friday with panels on "cancel culture" and "protecting elections."

CPAC organizer Matt Schlapp, a pro-Trump activist, retweeted a reporter Wednesday citing sources saying that Trump will not announce his candidacy Sunday but will appear "warm" to the idea.

Base 'still with Trump'

Such posturing will likely freeze other Republican contenders in place, for now at least.

A mid-February Quinnipiac poll showed three of four Republicans want Trump to play a prominent role in the party.

"I think there's a disconnect between the Washington DC Republican Party and where the base is -- and the base is still with Trump," lobbyist John Feehery, who worked in House Republican leadership for 15 years, told AFP.

The question then went to congresswoman Liz Cheney, the Republican conference chairwoman who voted to impeach Trump over the Capitol riot.

"That's up to CPAC," Cheney said. But "following January 6 I don't believe that he should be playing a role in the future of the party or the country."

McCarthy could not escape quickly enough: "On that high note, thank you very much!" he said, ending the conference.

The drama exposed the extraordinary faultline between establishment Republicans and pro-Trump populists.

"Whether the GOP remains an uneasy alliance of those two factions, or splits apart... depends on a number of things that haven't happened yet," said Republican political consultant Whit Ayres, president of North Star Opinion Research.

Predicting another Trump candidacy now would be "rank speculation," Ayres said, and pointed to the "mountain of financial and legal challenges" Trump faces, including his tax returns and alleged hush-money payments before the 2016 election.

Feehery too is unsure whether Trump will seek the nomination, rather than remaining a kingmaker.

"I think he just wants to keep relevance, keep people talking about him," Feehery said. "Speaking at CPAC helps him achieve that objective."

But Senator Lindsey Graham, a Trump ally, said supporting the ex-president will be crucial for their party to take back Congress in next year's midterm elections and gear up for 2024.

"If we can get behind president Trump and follow his lead we will win in 2022," Graham told Fox News. "If we argue with ourselves, we're going to lose."

Politics professor John Pitney Jr of Claremont McKenna College is confident Trump will control the GOP into 2024 -- unless legal woes or other hurdles consume him.

"Supporters of president Trump vastly outnumber his critics within the Republican Party," Pitney said, adding conservatives may not enter the 2024 race unless Trump is out.

"Republicans understand that breaking with Trump carries a political price within the Republican Party," he said. "Most aren't willing to pay that price."