Biden presses for stimulus as US reports weak January hiring 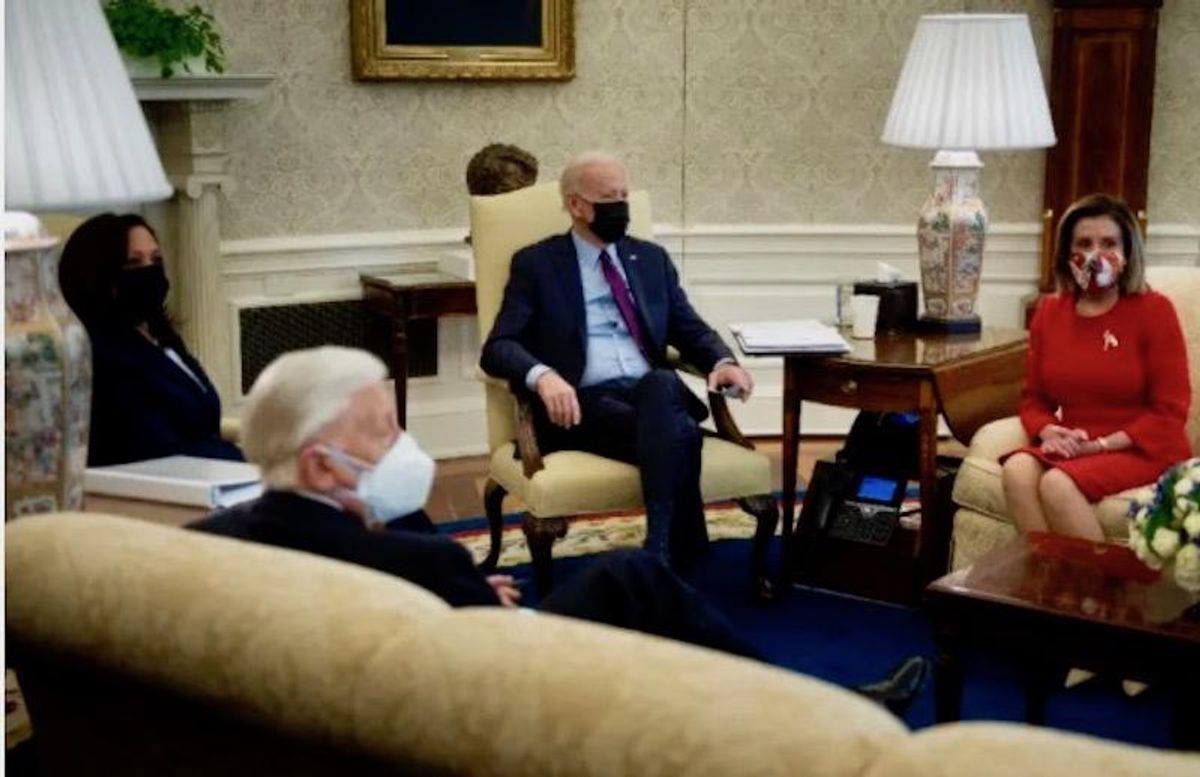 US President Joe Biden accelerated his push to win Congressional approval of his $1.9 trillion pandemic relief package after it cleared a key Senate hurdle, as the latest government employment data points to a struggling job market.

The Labor Department on Friday reported the unemployment rate dropped to 6.3 percent in January but the economy added only 49,000 jobs as the world's largest Covid-19 outbreak continues to hamper businesses.

The private sector created only 6,000 positions last month, and Biden warned, "At that rate, it's going to take 10 years before we get to full unemployment."

"That's not hyperbole, that's a fact," the president said at the White House.

The data comes as Senate Democrats in the wee hours of Friday overcame a procedural hurdle and set the stage for a party-line enactment of Biden's relief bill, which includes a host of measures to help the economy recover, including more aid to small businesses and the unemployed.

But in a sign of just how narrow a path it must walk to passage, Vice President Kamala Harris cast the tie-breaking vote to overcome the objection of Republicans, who have said the proposal is too expensive as the country deals with a large budget deficit.

The United States has more Covid-19 cases and deaths than any other nation, and analysts warn that the monthly employment report indicates the economy's recovery remains tied to the intensity of the pandemic.

"Hiring will pick up as restrictions are relaxed but gains will be stronger once the economy can fully reopen," Rubeela Farooqi of High Frequency Economics said. "Until then, generous fiscal support will provide a safety net for households and businesses."

Unemployment in the world's largest economy was at historically low rates before the pandemic struck, which caused it to surge to 14.7 percent.

It's declined in the months since, but at a progressively slower pace, and in December, the economy registered a decrease in hiring, though the rate remained at 6.7 percent.

The economic recovery overall has been uneven, with some sectors like housing bouncing back faster from business shutdowns that began in March.

But the Biden administration has argued the economy needs more spending to recover, pointing to signs of economic distress like a Commerce Department report released last week showing the United States last saw its worst contraction in economic growth since 1946.

The decline in the January unemployment rate to 6.3 percent was a steeper fall than analysts expected, but there were warning signs for the economy throughout the data.

Unemployment remains disquietingly widespread, with the Labor Department saying the workforce is overall 6.5 percent smaller, or 9.9 million positions, below where it was in February before the pandemic.

At 61.4 percent, the labor force participation rate in January was at a level not seen since the 1970s, and Gregory Daco of Oxford Economics said adjustments meant to account for holiday related employment trends made the data appear better than it is.

The number of people who are long-term unemployed rose to just over four million, or 39.5 percent of all unemployed people, which William Spriggs, chief economist of the AFL-CIO trade union federation, warned indicated a persistent employment crisis.

"These show it will be very hard to get the unemployment number down. We need help now to slow that growth," he tweeted.

Job growth was strongest in the business services and private and public education sectors, but continued layoffs in industries like retail trade, health care and especially the hard-hit leisure and hospitality sector undercut the gains.

The pain was not being felt evenly across the country, with adult men and women as well as whites and Hispanics seeing their unemployment rates decline.

But unemployment changed little for Black Americans who have a high rate at 9.2 percent, while teenagers also saw little improvement at 14.8 percent.

"The labor market was frozen at the start of the year, and is completely dependent on the pace of reopening," Ian Shepherdson of Pantheon Macroeconomics said.

Further improvement however may be at hand after some states lifted restrictions on restaurants and other businesses meant to stop Covid-19 cases.

"This likely will be reflected in the February payroll numbers, but the big increases needed to restore the lost 10 million-plus jobs can't come until the economy can reopen more fully and people are confident in mingling again," he said.