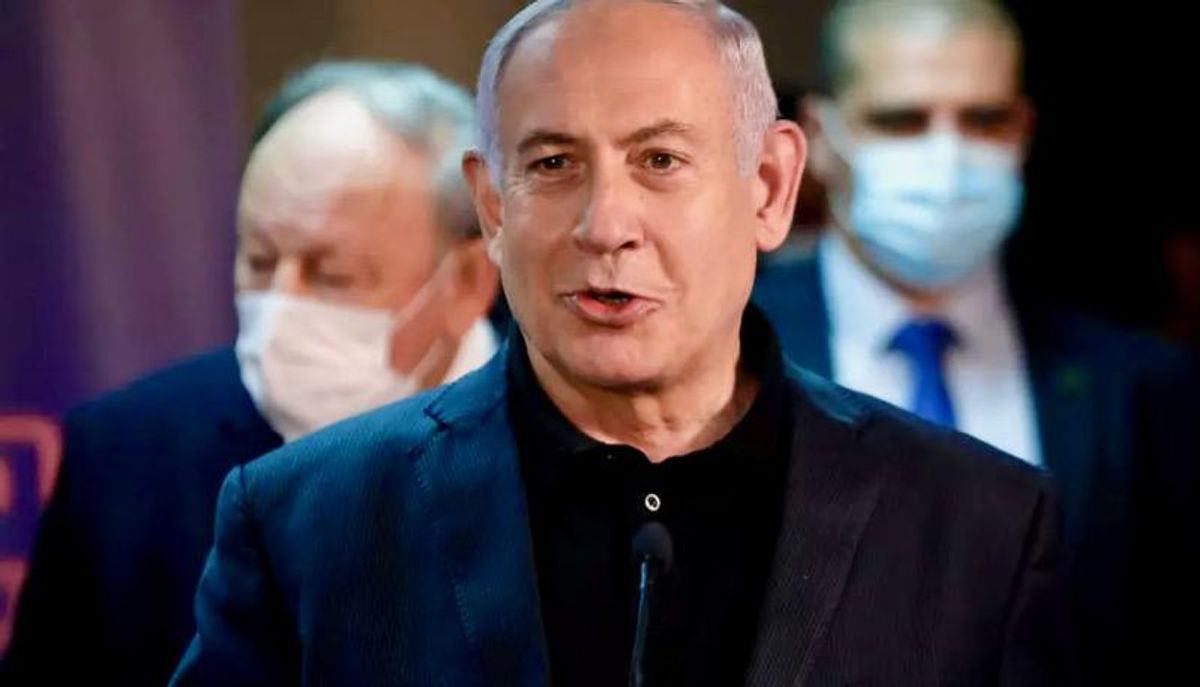 Israel's veteran right-wing Prime Minister Benjamin Netanyahu looks set to face a re-election battle early next year, just as he is due in court for his long-awaited trial on charges of bribery, fraud and breach of trust AMIR COHEN POOL/AFP/File

Israel was headed Tuesday for its fourth election in less than two years, with parliament set to dissolve at midnight after lawmakers rejected a last-ditch effort to salvage the fractured ruling coalition.

The government headed by veteran Prime Minister Benjamin Netanyahu had been inching towards collapse for weeks and now the right-wing incumbent looks set to face a re-election battle as his long-awaited trial on corruption charges gets under way next year.

Netanyahu's main coalition partner and political rival, Defence Minister Benny Gantz, has accused the premier of dishonesty and placing his personal needs above Israel as it grapples with the Covid-19 pandemic and its impact on the economy.

The coalition led by Netanyahu's Likud and Gantz's centrist Blue and White party has until the start of Wednesday to pass a 2020 budget or parliament will automatically dissolve.

The three-year coalition deal stipulated that Netanyahu serves as premier for 18 months, with Gantz, currently the alternate prime minister, taking over in November 2021.

Netanyahu has refused to endorse a 2021 budget.

That, according to his critics, was a political tactic to keep the coalition unstable and make it easier for him to sink the government before he must hand power to Gantz.

Late Sunday, Blue and White said it had an agreement with Likud on a bill to buy more time to pass both the 2020 and 2021 budget.

There were indications early Monday that the measure would pass.

But after yet another war of words between Netanyahu and Gantz, parliament rejected the bill early Tuesday.

Lawmakers from Likud and Blue and White both voted against the coalition proposal 49 to 47.

Gantz, currently in precautionary coronavirus quarantine, was unable to vote.

Barring an 11th hour legislative manoeuvre, parliament will dissolve when the clock turns to Wednesday, triggering elections as early as March 23.

It is not clear that either Netanyahu or Gantz will see their political fortunes improve through a new vote.

Political commentators have said Netanyahu always planned to force an election before he was forced to hand power to Gantz but that he would have preferred it closer to summer.

That would have allowed more time to vaccinate the public against Covid-19, hopefully pushing Israel's economy towards recovery.

A March election will also likely force Netanyahu to campaign while appearing in court through January and February for his trial on charges of bribery, fraud and breach of trust.

He is accused of accepting improper gifts and seeking to trade favours with media moguls in exchange for positive coverage, but denies wrongdoing.

"These elections are too soon for (Netanyahu), with a certain lack of control," analyst Matti Tuchfeld wrote in Tuesday's Israel Hayom newspaper.

"Netanyahu had every good reason to prefer elections after Independence Day (in May)," he added.

Netanyahu also faces a new challenge from influential right-winger Gideon Saar, who has left the Likud to form his own party.

Multiple polls suggest Saar could peel substantial support away from Netanyahu if elections were held soon.

Blue and White fractured in April when he decided to strike a deal with Netanyahu and recent polls suggest the party would win only a handful of seats if elections were held soon.

Gantz has always maintained he joined a Netanyahu-led government to spare the country an election while the pandemic was ramping up, not because he trusted the premier.

"Blue and White entered the government, while paying a heavy political price, to serve the best interests of the country," Gantz said on Monday.