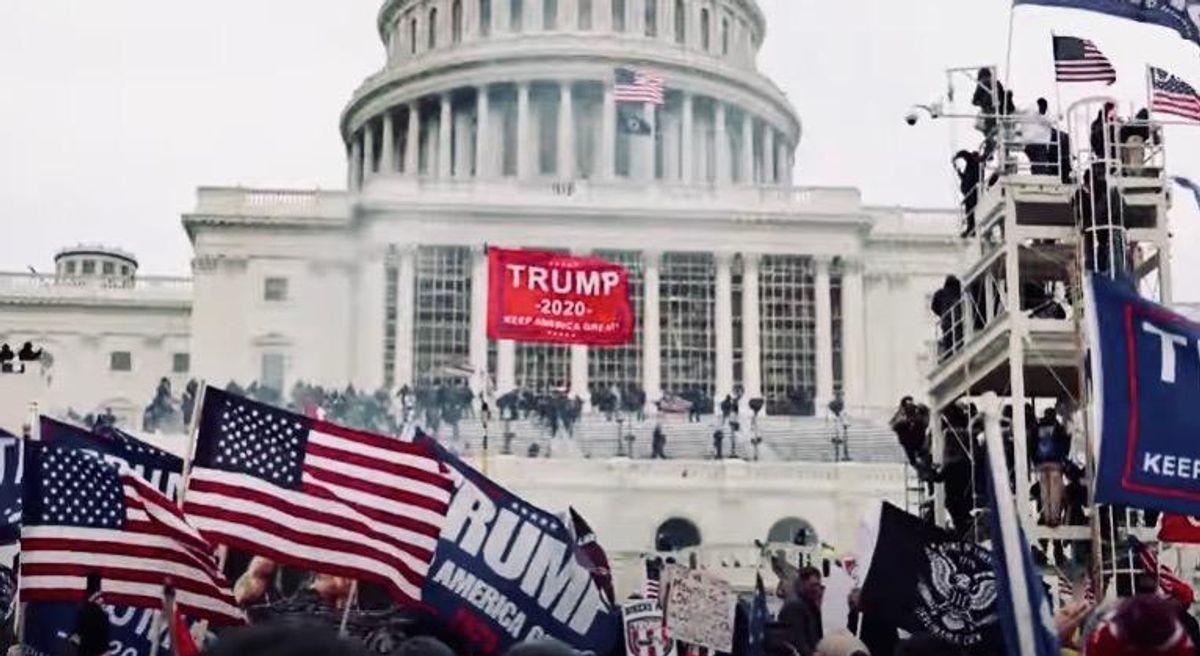 When they stormed the US Capitol on Wednesday, President Donald Trump's supporters left a massive digital footprint of their rampage. As law enforcement agencies launch a search for the rioters, they are being helped by online sleuths and investigative teams poring over a trove of images and clips posted on social media by people in the act of breaking the law.

On January 6, as mobs ransacked the US Capitol, chat groups lit up with incredulous questions from observers across the world watching scenes of mayhem inside the sanctum sanctorum of American democracy. In a country infamous for its prevalence of guns and heavily militarised law enforcement services, the security failures were difficult to comprehend.

But in numerous chat groups, stunned comments about the inadequate security at the Capitol were met with other observations. President Donald Trump's pumped-up supporters may have been destroying, desecrating and pillaging the premises in plain sight, but their exultation on mainstream and social media would also be their undoing: the rioters were leaving so many digital traces, it was only a matter of time before they were identified and tracked.

It wasn't long before the FBI and Washington, DC, police departments put out notices seeking public assistance in identifying people "who made unlawful entry" into the US Capitol building. The DC police notice included a 27-page document featuring photographs of "persons of interest" facing federal charges "due to insurrection at the US Capitol".

The calls from law enforcement were answered by online sleuths, open-source researchers, investigative teams and even average people who took up the case. They identified an assorted mix of white supremacists, QAnon conspirators (who believe a cabal of Satan-worshipping pedophiles is plotting against Trump), gun-rights activists, neo-Nazis, military vets as well as professionals from diverse sectors who attempted to derail the democratic process on Wednesday afternoon.

By the end of the week, some of them had lost their jobs.

On Thursday, Navistar, a Maryland-based direct marketing firm, put out a statement that the company "was made aware that a man wearing a Navistar company badge was seen inside the U.S. Capitol" during the rioting. Following a "review of the photographic evidence the employee in question has been terminated for cause", said the statement, adding that while the company supported the right to free speech, it did not condone "dangerous conduct".

The former Navistar employee, who was not identified, was caught on several news photographs next to a bare-chested Trump supporter in fur, horns and face paint who grabbed the world's attention that fateful Wednesday.

Jake Angeli, who calls himself a "QAnon digital soldier" and a "shamanist consultant for Trump supporters", has been a prominent figure at Trump rallies, drawing media attention with his outlandish garb. At an Arizona "Stop the steal" rally in November, for instance, Angeli told French TV show Quotidien that a "CIA- and Nazi-infiltrated" media were "lying" about "the communist" Joe Biden victory in the 2020 presidential election.

Hanging around with a tattooed, Viking-horned "shaman" while breaking the law in front of media cameras is not the most prudent strategy, especially with an employer's badge on prominent display. As law enforcement agencies posted warrants for suspects, local news teams across the country followed the story. Chicago-based local cable news channel WGN TV identified the home address and knocked on the door of Brad Rukstales, the CEO of Cogensia tech company who was arrested on Wednesday in Washington DC. The team got no response, but it did get a Cogensia statement that Rukstales was on a "leave of absence" while the company was investigating his involvement in the Capitol incursion.

With outrage over the storming of the US Capitol mounting, some companies were quick to distance themselves from employees who had posted images or footage of themselves inside the Capitol. Shortly after media reports identified Paul Davis as a counsel for Goosehead Insurance, the Texas-based company issued a terse statement saying that "Paul Davis, Associate General Counsel, is no longer employed by Goosehead," on Twitter.

It wasn't clear whether Davis left the company or was terminated, CNN reported, adding that Davis had not responded to CNN's calls for a comment.

Meanwhile, Libby Andrews, a real estate agent who posted a selfie declaring she "stormed the Capitol", was fired by her company.

Another high-profile resignation due to his involvement in Wednesday's events was Rick Saccone, a former Pennsylvania state representative who held an adjunct professorship at Saint Vincent College.

Speaking to the Tribune-Review, a local daily, Saccone said he "decided to resign for the betterment of the school", adding: "I've been there 21 years. I didn't want all this terrible media kerfuffle to tarnish the school. I decided it would be better if I just resigned."

The Tribune-Review reported that in a social media post that has since been deleted, Saccone wrote: "We are storming the capitol. Our vanguard has broken through the barricades. We will save this nation. Are u with me?"

During their hours-long rampage in the Capitol building, a number of Trump supporters reveled in public displays of disrespect for Democrat lawmakers, including looting symbols of their office.

Among the most shocking were photographs of a Trump supporter in a baseball cap sprawled with his feet up on House Speaker Nancy Pelosi's desk. The man was identified by New York Times reporter Mathew Rosenberg on Twitter later Wednesday as Richard "Bigo" Barnett, 60, from Arkansas. Barnett is a pro-gun activist who has frequently posted unsubstantiated claims that the election was stolen on social media accounts under pseudonyms.

Following his foray into Pelosi's office, Barnett was photographed outside the Capitol building with a letter pilfered from her desk. Displaying the letterhead to reporters, Barnett bragged that he did not steal the piece of stationery since he "left a quarter on her desk".

Pelosi was a particular target during Wednesday's rampage. Another cover photograph in several newspapers featured one of a man grinning as he waved at the camera while looting a lectern with the Capitol seal.

The lectern bearer was identified by USA Today as Adam Christian Johnson, a Florida resident with a record of minor drug offenses.

Investigative journalists and FBI teams are also poring over hours of footage and numerous images posted on social media to uncover where and how the rioters managed to break through security to storm the building.

On Friday, London-based investigative website Bellingcat released a video pinpointing the entry points and exits of rioters inside the Capitol premises.

The collaboration between digital sleuths working on material gleefully posted by rioters in the act of breaking the law is bound to yield substantial dossiers on the men and women who stormed the US Capitol. The security at the building may have been overwhelmed on Wednesday afternoon, but the perpetrators are not about to escape American justice.