The new blood test promising to detect a variety of cancers 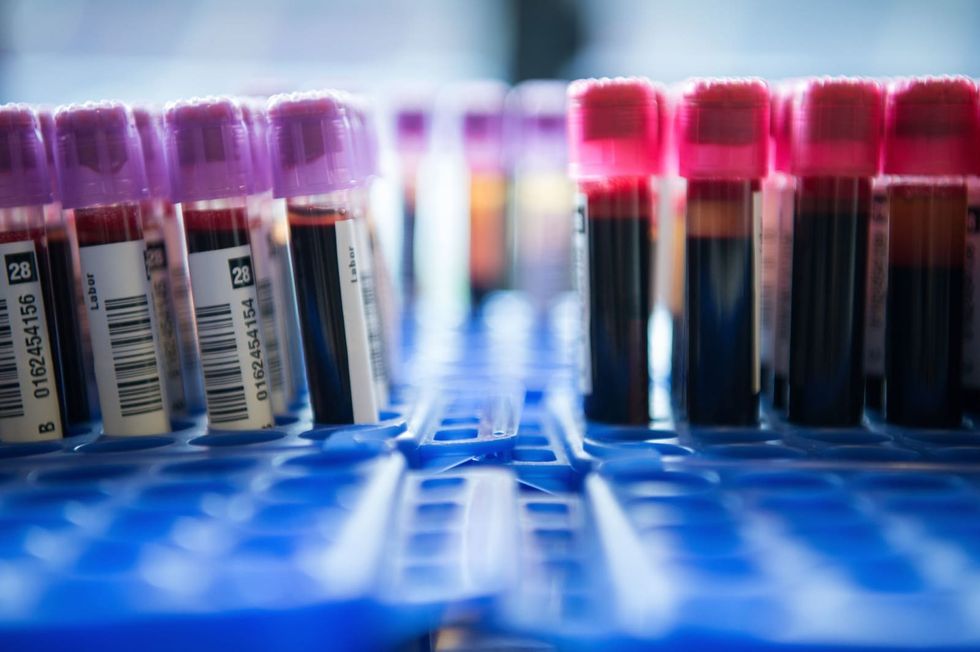 When cancer cells split, certain proteins typical to tumours and fragments of genetic material enter the blood. A new kind of special test has been developed to detect these traces of cancer to help with early diagnosis. Sebastian Gollnow / dpa

Any fight against cancer is a race against time. The earlier the disease is detected, the greater the chances of survival.

For some time now, researchers have been working on new kinds of blood tests that promise rapid early detection. One of these tests is now said to be able to detect more than 50 different types of cancer with the help of a single sample - and with a level of accuracy that would allow it to be launched on the market.

Some experts, however, say they are still waiting for some questions to be answered.

Scientists have been working on finding indications of tumours in the blood for a long time. Such procedures are also called liquid biopsies.

With these, blood samples can be analysed for what's known as free DNA (cfDNA) circulating in the blood. If cancer cells split, proteins that identify tumours and fragments of genetic material often get into the blood stream.

With a liquid biopsy, genome sequencing is used to detect cancer-typical methylation signatures - i.e. the telltale characteristics of this DNA.

The Galleri test recently presented in the Annals of Oncology journal is also based on this method. According to an independent assessment by Sonja Loges, Director of the Department of Personalised Oncology at the University Hospital Mannheim in Germany, the US scientists carried out their research extremely systematically.

"They first compared three different sequencing methods and then identified the one that was significantly more sensitive than the others."

In the second step, all genes were sequenced and those that had a high association with cancer were compiled. "From this, the authors then developed a so-called panel in the third step, which they tested with a larger group of patients as well as a comparison group," explains Loges, who is also head of the Department of Personalised Medical Oncology at the German Cancer Research Centre.

In total, the study included 2,823 people who had already been diagnosed with cancer and a control group of 1,254 people without cancer from more than 140 medical centres in the US.

The Galleri test was able to detect signs of more than 50 different types of cancer and also assign them to the corresponding tissue in almost 90 per cent of the cases.

Across all four stages, the test correctly detected the presence of cancer in 51.5 per cent of cases.

For cancer researcher Holger Sueltmann, not involved in the Galleri test, these differences are not surprising. "Small tumours in early stages of cancer usually release less DNA into the blood and only this is measured by the test."

The more advanced the stage, the more the sensitivity increases, i.e. the possibility to detect the cancer.

Another variance was seen in the different types of cancer. For example, the test was particularly reliable for some diseases for which there are no screening options so far.

For solid tumours from this area, such as oesophageal, liver and pancreatic cancer, the overall sensitivity was 65.6 per cent. The sensitivity for cancers of the blood was 55.1 per cent.

In comparison, this was only 33.7 per cent for solid tumours due to breast, colon, cervical and prostate cancers.

"These tumours probably release less DNA into the blood," says Loges. "In addition, there are well-established early detection methods for prostate or breast carcinoma, so the corresponding patients in the study group may have had an early tumour stage."

Both Loges and Sueltmann praise the specificity of the test. It describes whether healthy people are also recognised as healthy.

"The authors state this to be 99.5 per cent - if this proves true in larger validation studies, that would be a great finding," comments biochemist Sueltmann.

Earlier blood tests had performed much worse in this respect. A high specificity is important in order to spare healthy people unnecessary follow-up diagnostics.

Sonja Loges notes that the study excluded a large number of people from the healthy control group because of secondary diseases. Certain other diseases could also cause changes in the results.

"So a question mark remains: Would the test have been false positive more often if there had been more people in the group without cancer but with diseases of the same organ systems?" Loges and Sueltmann believe that larger population studies are needed to answer such questions.

In fact, the authors have announced a larger-scale pilot project in cooperation with the National Health Service (NHS) of England as well as three further US studies.

Independently of this, the company that developed the test and financed the studies is already offering Galleri on its website in the US - a step that the two experts we spoke to see as premature.

Holger Sueltmann says there may be a danger to suggesting a false sense of security. "As good and advanced as the study is, such a test of course always means only a snapshot. This touches on a fundamental problem: when is the best time for such a screening and how often does it have to be carried out?"

If we want to offer such a test procedure across an entire population, he says, cost also become a major question.