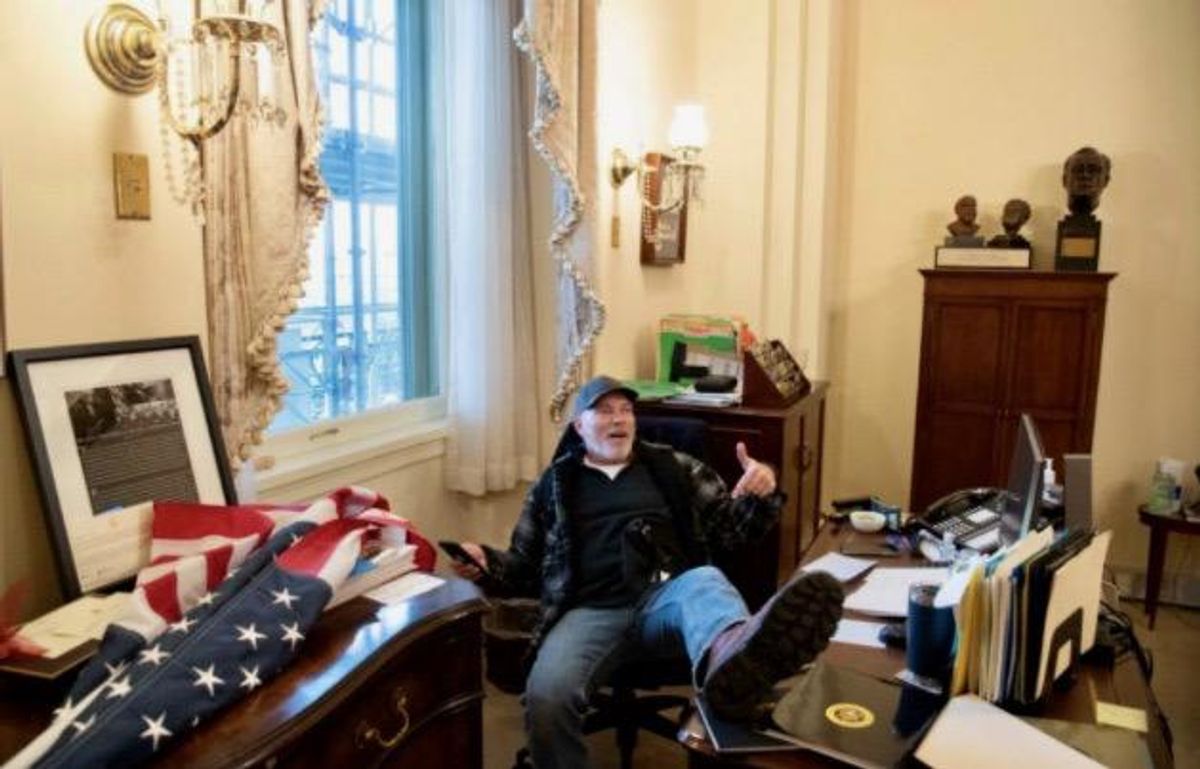 Major US corporations and businesses groups on Wednesday condemned the occupation of the US Capitol by rioters angry at President Donald Trump's election loss, with raising the possibility the president should be removed from office.

The statements came on a shocking day for the United States, which saw mobs overrun the Congress after a rally by Trump, who had sought to thwart the process of lawmakers certifying election results.

That was the final administrative step, normally a ceremonial procedure, before Democratic President-elect Joe Biden enters the White House later this month.

"The chaos unfolding in the nation's capital is the result of unlawful efforts to overturn the legitimate results of a democratic election. The country deserves better," the Business Roundtable said in a statement.

The lobbying group, which represents over 200 CEO, "called on the President and all relevant officials to put an end to the chaos and to facilitate the peaceful transition of power."

US Chamber of Commerce CEO Thomas J. Donohue said, "The attacks against our nation's Capitol Building and our democracy must end now.

"The Congress of the United States must gather again this evening to conclude their Constitutional responsibility to accept the report of the Electoral College," which determines the winner of the presidential vote.

Jay Timmons, president and CEO of the National Association of Manufacturers went further, calling on Vice President Mike Pence to "seriously consider" invoking the US constitution's 25th amendment, which would allow him to temporarily become president after Trump is deemed incapacitated.

"The outgoing president incited violence in an attempt to retain power, and any elected leader defending him is violating their oath to the Constitution and rejecting democracy in favor of anarchy," Timmons said.

Without referring to the assault on the Capitol, Trump's Treasury Secretary Steven Mnuchin tweeted "Violence is always unacceptable. We must respect our constitution and democratic process."

The attack saw flag-waving Trump supporters break down barricades outside the Capitol and swarm its halls, sending sessions of the House and Senate into an emergency recess.

That interrupted the effort some lawmakers from Trump's Republican party to mount a quixotic attempt to delay certification of Biden's win.

Labor leader Richard Trumka, president of the powerful AFL-CIO, called the unrest "one of the greatest assaults on our democracy since the Civil War" from 1861 to 1865.

"Today's attempted coup has been years in the making as Donald Trump consistently spews venom, conspiracies, hate and lies to his supporters," he said in a statement.

While avoiding Trump's name, JPMorgan Chase CEO Jamie Dimon said "our elected leaders have a responsibility to call for an end to the violence, accept the results, and, as our democracy has for hundreds of years, support the peaceful transfer of power."

Citigroup CEO Michael Corbat, said he was "disgusted" by the attack, but "While these scenes are very difficult to watch, I have faith in our Democratic process, and know that the important work of Congress will continue and that people will be held accountable for their actions."

Arvind Krishan, chairman and CEO of technology giant IBM, said the company "condemns today's unprecedented lawlessness and we call for it to end immediately. These actions have no place in our society, and they must stop so our system of democracy can work."