Bavaria hit by floods as German death toll climbs to 156 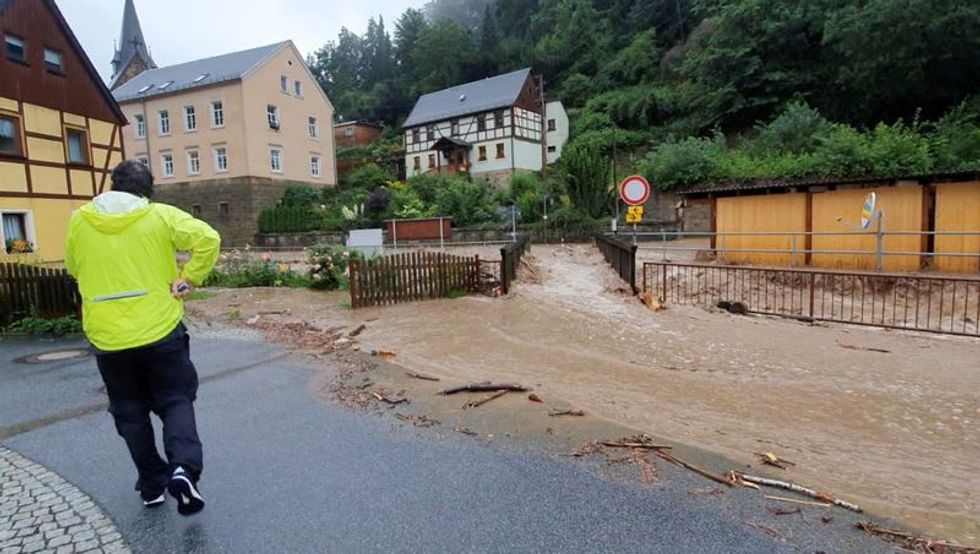 FRANKFURT (Reuters) - Flash floods hit southern Germany on Sunday, killing at least one person and adding to the devastation after flooding in the country this week that killed more than 150 people.

The Berchtesgadener Land district in Bavaria, which borders Austria, became the latest region to be hit by record rainfall and ensuing floods.

Some 110 people were killed in the worst-hit Ahrweiler district south of Cologne. More bodies are expected to be found as the flood waters recede, according to police.

Finance Minister Olaf Scholz told weekly Bild am Sonntag that the government would be readying more than 300 million euros ($354 million) in immediate relief and billions of euros to fix collapsed houses, streets and bridges.

Scientists have long said that climate change will lead to heavier downpours. But determining its role in these relentless rainfalls will take at least several weeks to research, scientists said on Friday.