‘Sit this one out champ’: Trump Surgeon General slammed for being ‘uncomfortable’ with Anheuser’s Beer-for-Vaccine incentive 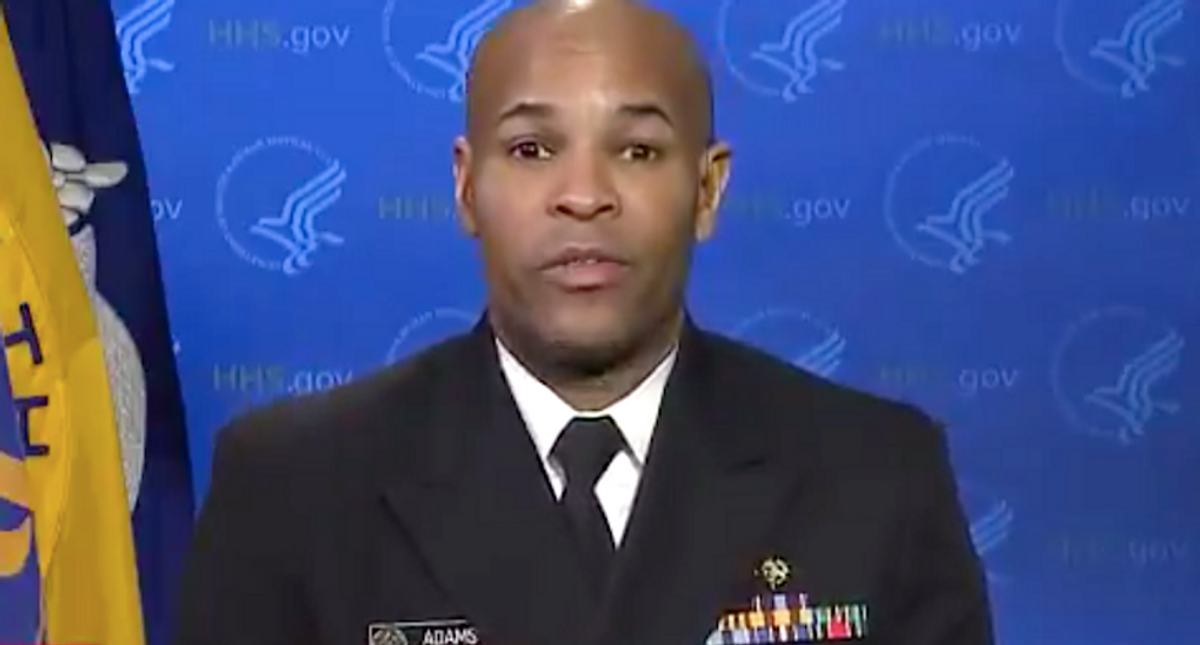 After spending the first year of the pandemic generally staying quiet about President Donald Trump's downplaying of the coronavirus pandemic, comparison to the flu, calling it the "China virus," opposing masks and social distancing, promoting hydroxychloroquine and other fake "cures," refusing to invoke the Defense Production Act, and using the pandemic as a way to get on TV every day while spreading false information, former Trump Surgeon General Dr. Jerome Adams is "uncomfortable" with the Biden administration supporting a private company's free beer incentive, and wonders, "Are cigarettes next?"

"Do public health advocates who've tried to raise the alarm about the health complications of increasing alcohol consumption really not have a problem with a federally sanctioned beer giveaway?" Dr. Adams, a former Vice Admiral, asked on Twitter Tuesday.

That "federally sanctioned beer giveaway" comes courtesy of Anheuser-Busch, which has "partnered with the Biden White House to give every American a free beer if 70% of Americans are vaccinated with at least one shot by the Fourth of July," according to Fortune.

Americans are not given a COVID-19 vaccine shot and then a beer chaser at their local CVS, Walgreen's or hospital or health clinic.

It's merely one way to get more people vaccinated.

Given that the Trump administration is responsible for what the media generously calls "vaccine hesitancy," it's stunning the top health official who sat back and said little as Trump spread falsehoods – literally creating the situation we now see, where 41% of Republicans say they will never get vaccinated – is "uncomfortable."

"I'm all for incentives/ rewards, and I'm not against people making personal choices to drink, but even the current Surgeon General put out a report warning about the health effects of alcohol consumption. Donuts, gambling (lottery tickets)… Are cigarettes next? Just me?" Dr. Adams asked.

He then suggested he had tried to take the high road, but just could not stand by any longer.

"I'm just really starting to get uncomfortable with the public health trade offs here," he said, which would be trying to unite America by motivating people to get their friends and family members who refuse to follow the science and get vaccinated to save their lives and the lives of those around them, vaccinated. "And the messages we're subtly sending our youth. Is it really worth it?"

Many argue that, yes, it is. Some agreed with Adams. Some criticized him for his performance as Surgeon General.

And some asked why he didn't have a problem with the gun giveaway.