Berlin's newest tourist landmark is also its most controversial 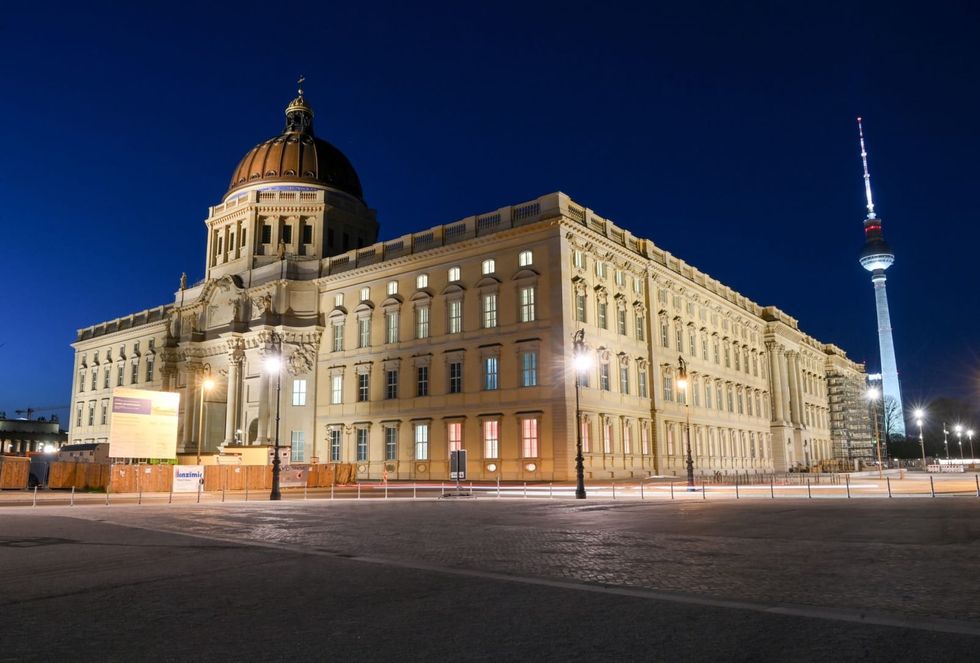 Humboldt-Forum - A restoration of a former royal palace, the Humboldt Forum museum and event building on Berlin's Museum Island is the city's newest and most hotly debated tourist landmark. - Jens Kalaene/dpa

It's been a disputed and changing site in Berlin for almost three decades.

Today a buzzing tourist centre, Berlin's island of museums known as Museumsinsel came from a marshy meadow where Dominicans once built a monastery before royalty later had a stately Baroque palace erected there.

After World War II, the East German authorities blew up the royal ruins to make way for their parliament. After the fall of the wall, the reunified Germany disposed of the asbestos-contaminated Palace of the Republic, an ugly landmark that stood out in an otherwise beautiful island.

Now, on that historic and ever-changing site, the Humboldt Forum, one of Berlin's most ambitious international cultural projects has opened after several delays, massive criticism and a construction bill far exceeding initial estimations.

The centre for culture, science and art in the heart of the German capital, with costs to the tune of 680 million euros (800 million dollars), is starting off with six exhibitions, a wide-reaching opening programme and free admission for the first 100 days.

The fact that the facade of the 15th-century Prussian royal palace has been recreated was targeted by opponents, who question whether rebuilding the main Berlin residence of the country's former royal family - until the kaiser fled into exile at the end of World War I - was really the message that modern Germany wanted to send the world.

The building also marks the return of Prussian look to Berlin's Museum Island. Prussia's Old Museum, today a tourist favourite, once stood for the arts, the Berlin Cathedral for the integration of church and religion into absolute rule.

The facade of the Hohenzollern royal palace marked the claim to power far beyond democratic structures. This is now the controversial exterior of the Humboldt Forum, which opened on July 20.

While republican tourists may be offended at the sight of royal restoration at the heart of Berlin, architecture scholars have meanwhile have mixed feelings about newer parts of the building.

The smooth and monotonous concrete surfaces with which the Italian architect Franco Stella has designed a modern flank of the building have been met with much criticism.

If the pandemic allows it at some point, around 10,000 visitors a day may be channelled into the Humboldt Forum, instead of the current 2,400.

The infrastructure necessary for this - large entrances, wide rooms, broad corridors and even escalators - has given many the feeling they are in a shopping mall.

Some of the artefacts housed in the building have also sparked debate: Germany is currently engaged in negotiations with Nigeria over the return of its collections of the Benin Bronzes, including some held in the forum.

A next opening step is scheduled for September 22, with exhibitions from the Ethnological Museum and the Museum of Asian Art. The entire forum is expected to be open by the first half of 2022.

The Humboldt Forum is designed to become "an arena for the democratic culture of debate" and serve "as a model in dealing with cultural assets from colonial contexts, a driving force for necessary change," said Culture Minister Monika Gruetters during the opening ceremony.

"The reappraisal of German colonial history will soon play a central role here," she added.

On display are exhibits from Asia, Africa, America and Oceania as well as objects on the history of Berlin. In addition to the building itself with its baroque facades, the presentation of Benin bronzes, which are considered looted colonial goods, is also controversial.

Museums from Germany and Nigeria as well as the political level are currently negotiating the return of these objects from next year onwards.

The Humboldt Forum is already fully booked until the end of July. According to the Humboldt Forum Foundation, the tickets for the six exhibitions, which were reduced during the pandemic, have been sold out. However, there may still be some gaps because some visitors do not keep their bookings. A spontaneous attempt could therefore be successful.