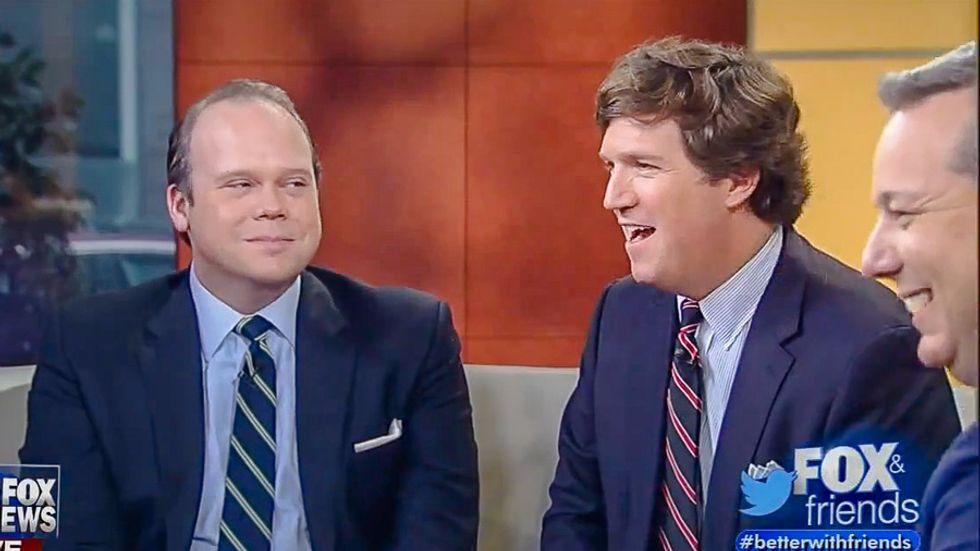 Both Goldberg and Hayes recently opted to part ways with Fox News citing their opposition toward Carlson's controversial, conspiracy-driven documentary about the Jan. 6 insurrection.

"What Steve and Jonah did in giving up compensation and a high visibility post was to put their money literally where their mouth is," Stirewalt said, adding, “What Fox allowed in Tucker Carlson’s documentary, which said that January 6 was potentially a false flag operation undertaken by the federal government and that Americans were being put in Guantanamo over pictures of waterboarding, was beyond reckless and is another mile-marker down the road to the kind of Alex Jones-ian, Infowars-ian garbage that makes it impossible to have any kind of conversation."

He added: "If you can say stuff and not support it — except for with conspiracy theorizing gobbledygook — then that's no good."

He went on to note that Hayes and Goldberg's concerns were focused on Fox News' dismissal of Carlson's actions and lack of journalistic integrity. Stirewalt's remarks come weeks after Carlson's dangerous documentary aired. The primetime conservative news host faced sharp criticism for the disturbing claims he perpetuated in his segment.